With the support of various National Palm Oil Initiatives, ESPO (IDH and MVO) instigated in December 2015 a ‘Commitment to Support 100% Sustainable Palm Oil in Europe by 2020’. Eleven organizations signed and supported this commitment. In response, the governments of five key European Union countries declared their support towards the project by signing the Amsterdam Palm Oil Declaration during the EU and Global Value Chains’ high-level conference on 7th December 2015. This was the first time that Europe spoke with one voice with regards to sustainable palm oil. In June, the Norwegian government declared governmental support to the Commitment.

ESPO continues to support and strengthen other National Initiatives for Sustainable Palm Oil which should eventually lead to more government support for the Amsterdam Palm Oil Declaration. 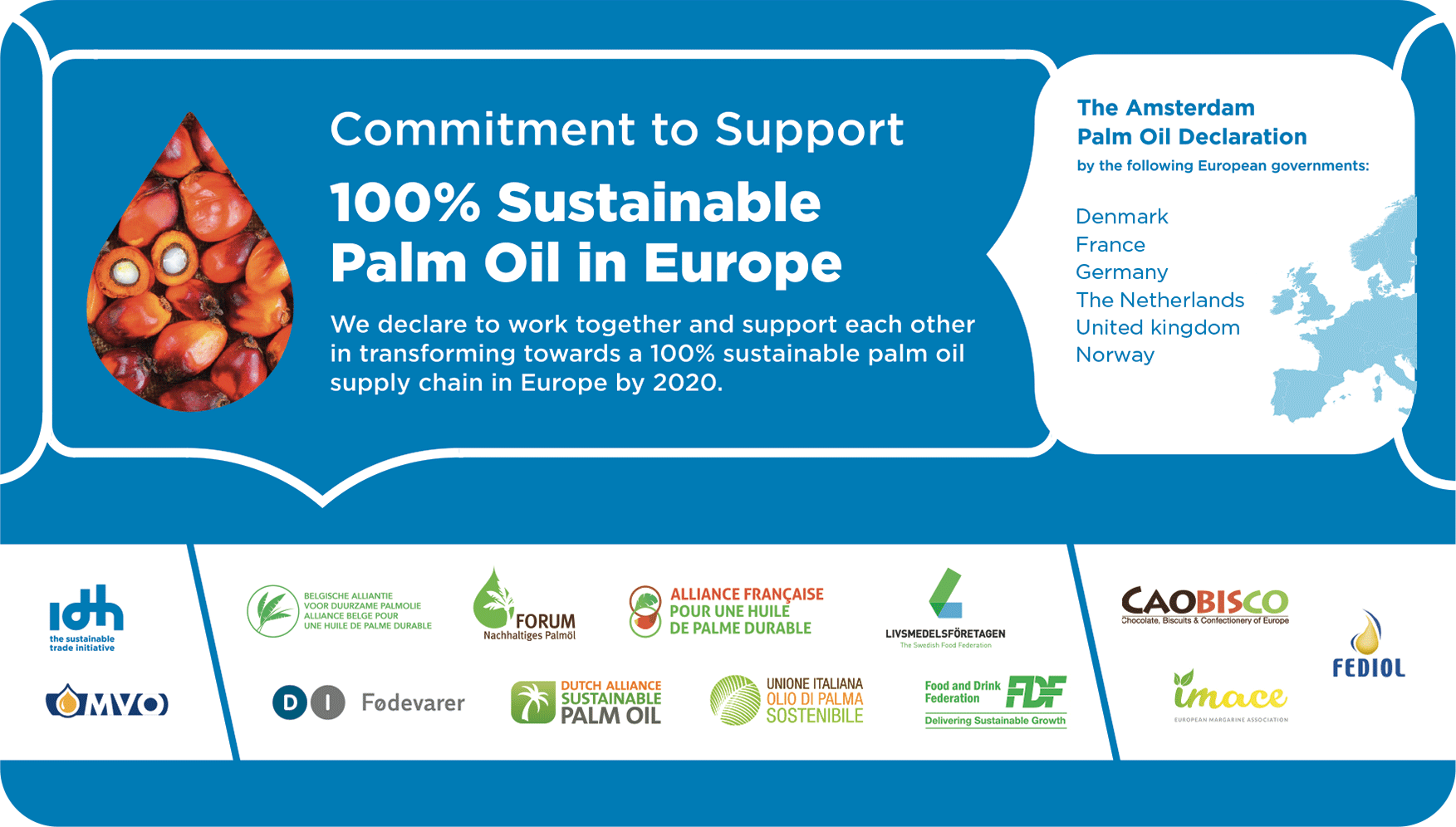