With draft figures from the living wage benchmark study in Costa Rica now available, the IDH banana project has moved to the next step: calculating the current wages associated with the lowest paid piece rate for male and female workers at each of the four pilot farms in Costa Rica. These calculations will enable farms to develop strategies towards paying living wages that will hopefully become best practice examples for other players in the sector. 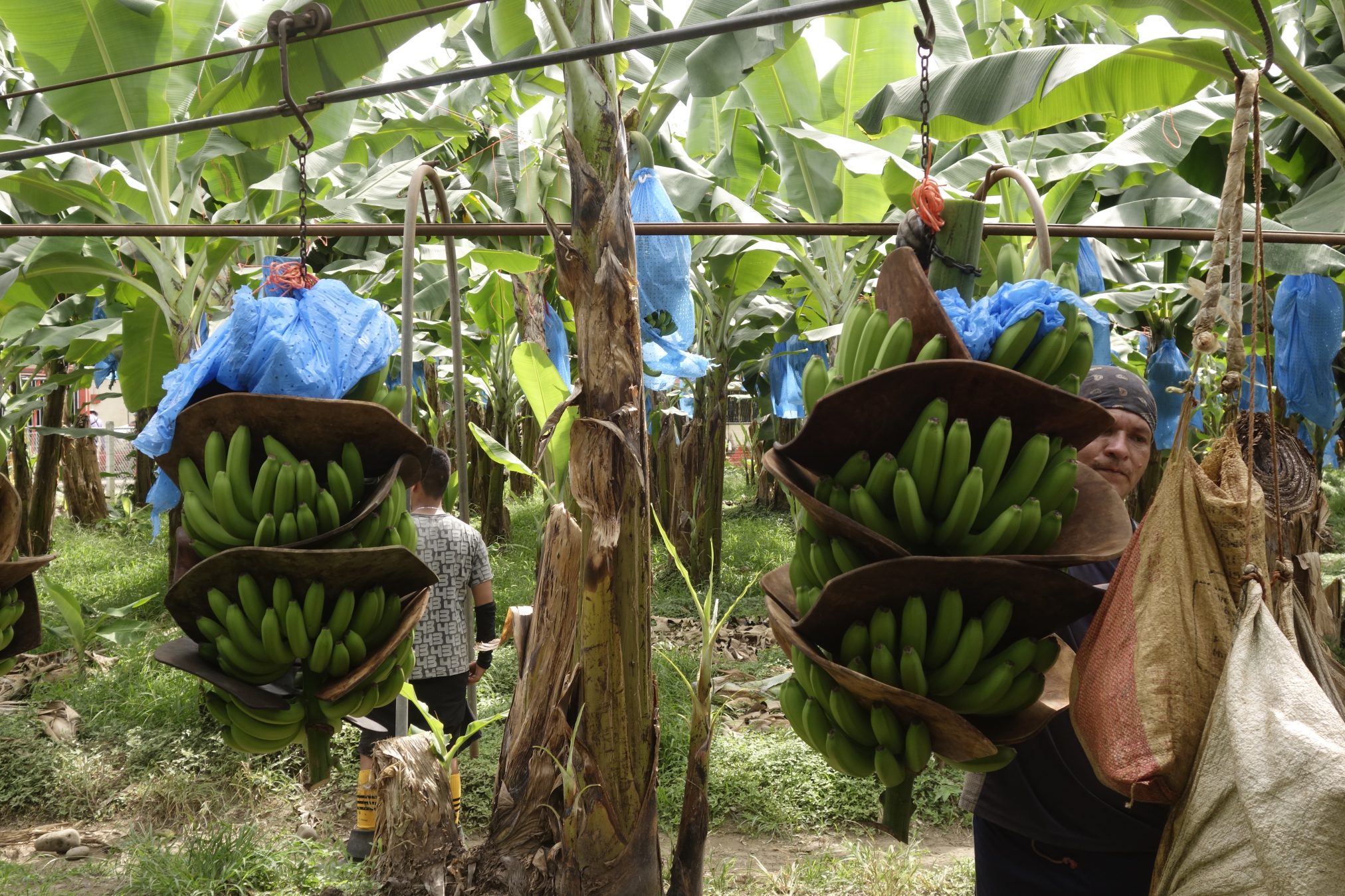 Using the Anker methodology, studies of living wage benchmarks in Guapiles, Costa Rica are almost complete. The study has been partly funded through one of IDH’s projects, and has been conducted by the Global Living Wage Coalition (GLWC).

The goal of the IDH project is two-fold. First to conduct living wage benchmark studies in Costa Rica and Belize, and secondly to develop workplans towards the payment of living wages in eight pilot farms. Fyffes, one of the largest European banana importers and a member of the IDH platform called Sustainable Initiative Fruit and Vegetables (SIFAV), has led the project. Project partners include other private partners and Rainforest Alliance.

During a recent meeting, the project partners explained the Anker calculation methodology to two of the eight pilot farms, and how in-kind benefits provided to farm workers can be included. The farms, which are Rainforest Alliance certified, welcomed the discussion and were willing to share their data. This was a learning experience for all involved, and helped Rainforest Alliance to further develop a wage template that can support farms in their own self-assessment and preparations for the future Rainforest Alliance audits, which will also focus on wage assessment and improvement planning.

The data gathered will enable a comparison between the wages that are currently paid and the living wage figures, and to identify the presence of a ‘wage gap’. From the visits, it became clear that the wage gaps for these two farms will be minimal: it is likely that more than 50% of the farm workers earn more than a living wage, while the remaining workers earn a wage that is approximately 10% lower than the living wage.

It also became clear that the farms visited are not typical Costa Rican banana farms – they already have an innovative approach to ensuring good working conditions. However, both farms felt that the living wage information will be helpful in better understanding the challenges faced by their farmworkers. They could also help them to better articulate their labor costs and policies in a period when margins of banana producers are decreasing, due to raising packaging costs and stable farm-gate prices.

Further wage calculations will be done on two more farms in Costa Rica and four farms in Belize. All these farms are either owned by Fyffes, or deliver to Fyffes.

At another meeting between the project partners, the GLWC and Corbana, and the banana sector organization, Rainforest Alliance and Michelle Bhattacharyya of the GLWC explained the living wage benchmark study, and provided a breakdown of the benchmarks that are either available, or soon to be available. IDH provided an update of the work done to date with the two pilot farms, and explained the IDH approach to living wages across their programs (tea, flowers, fruit and vegetables).

Lastly, this was followed by a discussion about the specific calculations done for the Costa Rica living wage benchmark. The Corbana team had studied the benchmark report and the Anker methodology book carefully, and provided insightful remarks that were considered by the GLWC. The meeting with the banana producer association Corbana helped the project partners to strengthen their relationship with the technical team of the association. This will be crucial to supporting the implementation of changes in the sector towards ensuring living wages are paid to all worker categories.