Uniforms from apparel maker, Schijvens, are found on employees at well-known companies, including McDonalds, Albert Heijn and the drugstore-chain Kruidvat. The company’s mission is to make their production as sustainable as possible, with a special focus on living wages.

They showed: a living wage is reachable

Schijvens produces a portion of their production at their own factory in Turkey, and sources through suppliers in China, India, Pakistan and other countries.

When Schijvens began their living wage journey, they joined the Fair Wear Foundation to help them make the needed adjustments. They first began making changes at their own factory before expanding the effort to include suppliers in other countries.

The first step in paying a living wage is a thorough understanding what it takes to achieve a decent livelihood. Typically, companies look to verified benchmarks established by groups like the Global Living Wage Coalition. Without a benchmark for factory workers in Turkey, Schijvens set about establishing the living wage level themselves.

They began by conducting a survey of the workforce at their factory to understand basic expenditures, including children’s education, housing costs, clothing, healthcare and transportation. The amount translated into a living wage benchmark of €342 per month, which was substantially higher than the minimum wage of €274 that workers were earning.

The living wage benchmarks are reviewed annually with the support of the Fair Wear Foundation to ensure that the remuneration remains sufficient for a decent livelihood, and they are increased as necessary.

Most companies support the mission, and when prices cannot be raised, Schijvens pays the difference from its own margin

Making space for a living wage

Schijvens’ customers are integral to the company’s living wage journey. Based on the data gathered, prices needed to increase to ensure supply chain workers received a living wage. For example, it was found that raising the price of polo shirts by 25 cents per item was sufficient to achieve a living wage.

Schijvens uses transparency to bring its customers on board. They share open cost calculations – showing them exactly how the price they pay relates to wages paid in the factories – with customers to communicate the impact of living wage payments on worker livelihoods. Most companies support the mission, and when prices cannot be raised, Schijvens pays the difference from its own margin. 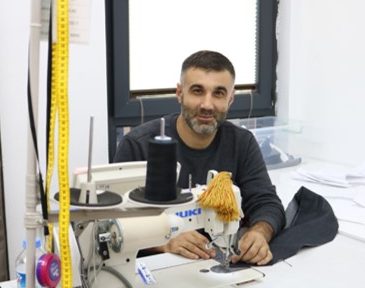 Based on their experience with workers in Turkey, Schijvens has started with its suppliers in Pakistan and China to enable a living wage for those workers, as well. They learned quickly that an in-depth understanding the local context is critical to any living wage initiative.

In Pakistan, IDH partnered with Schijvens to understand the local reality. While living wages were welcomed by workers in Turkey,  workers in Pakistan were dubious at first.

Workers there are often employed under freelance contracts and switch regularly from one factory to another. They also typically receive higher payments when working long hours. Before introducing a living wage initiative, these workers had to decide if they preferred a freelance contract with irregular income or regular employment with a stable monthly wage.

It wasn’t just the workers who needed to be convinced, factory owners also needed to be brought along. A living wage and regular employment contracts represent a risk for the supplier. Once a factory raises wages on a contractual basis, it is not possible to lower them. This means suppliers can be stuck paying higher wages, even when buyers leave to source elsewhere. The switch towards living wages requires long-term relationships and trust between buyers and suppliers.

Collaborating with other buyers

Most suppliers do not sell 100% of their production to an individual buyer. To make the most of the living wage efforts, Schijvens cooperated with other buyers to join the program, which gives suppliers the confidence and security to pay a living wage.

Retail chain Zeeman approached Schijvens after discovering that both companies purchase from the same factory in Pakistan. They decided to collaborate on a living wage in that factory. Together they buy approximately 75% of the factory’s production. So far, workers have received an additional 10% wage increase on average since the implementation and it is currently being reviewed.

To explore how you can take action with your supply chain partners to close living wage gaps, please check the Living Wage Action Guide. In this free, online resource you can find more case studies, inspiring examples and practical tips.