Beyond Chocolate organizes several learning events a year during which partners present best practices and learnings related to challenges in the cocoa supply chain.

During the General Assembly of October 18th Beyond Chocolate presented its 2021 annual progress results, as well as its 2023 priorities and action points for. Furthermore, new signatories of the partnership were introduced to the group. The event was preceded by a networking breakfast amongst members.

The National Initiatives on Sustainable Cocoa in Europe (ISCOs) jointly organized a live learning conference on living income in Brussels on September 1st. The ISCOnference aimed to inspire and empower ISCO members to adopt, strengthen and scale sustainable approaches.

The event featured panels and presentations by ISCO members and other high-level speakers from both consuming and producing countries. As poverty is often seen as the root cause of the social and environmental challenges within the sector, the event put Living Income at the center, making links with the challenges of deforestation, child labour and traceability. 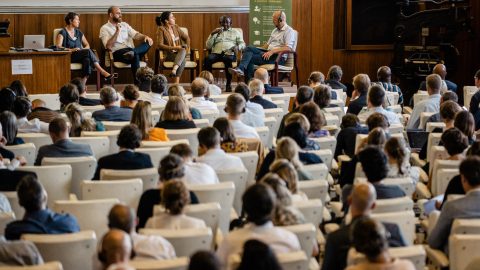 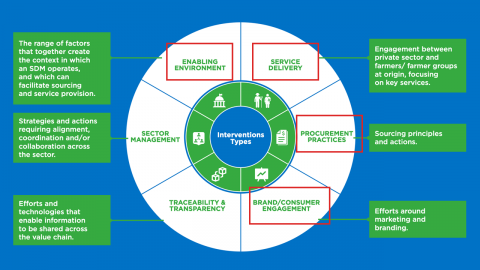 During its General Assembly on September 30th, Beyond Chocolate presented the results of the 2020 reporting by partners. This happened simultaneous to the publication of the 2020 Annual Report. Achievements were celebrated and priorities for the following years were set. Via short presentations by project partners, participants were introduced to several of the Beyond Chocolate co-financed projects and the sustainable products these projects bring to the Belgian market. Furthermore, the increased collaboration with the other National Initiatives on Sustainable Cocoa (ISCOs) was celebrated and five new partners were welcomed. 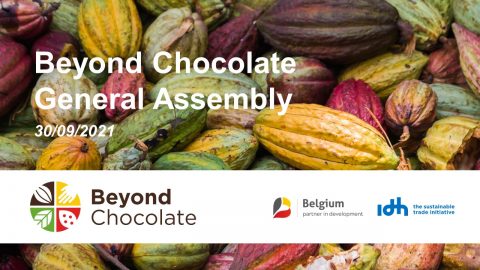 On June 24th, The National Initiatives on Sustainable Cocoa in Europe (ISCO’s) organized an online learning event on traceability in the cocoa sector. During the event, we discussed the current and upcoming national and privately owned traceability systems and how these could interoperate. A special emphasis was put on the value these systems create for farmers. The event featured high-level speakers from the European Commission, COCOBOD, the Conseil Café Cacao, Fairtrade International, ECAKOOG Cooperative, Barry Callebaut and Tropenbos International. 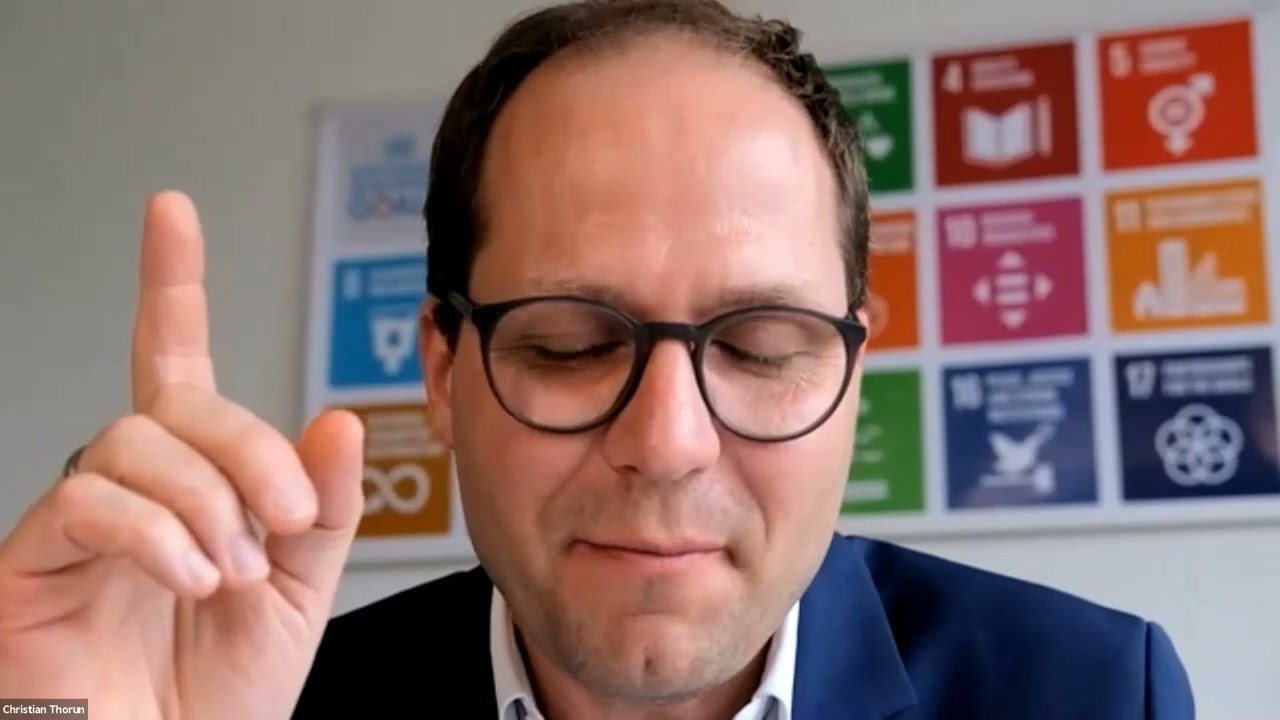 In December 2020, Beyond Chocolate celebrated its two-year anniversary with an online event. Next to a presentation on the development of the program and the priorities set for the following years, a panel was organized on sustainability in times of crisis. Fairtrade Belgium director Nicolas Lambert, Leonidas CEO Philippe de Selliers and Rikolto Cocoa Coordinator Abdulahi Aliyu entered into a debate on how the crisis has influenced the chocolate sector (both producers and companies), how this changes the way the industry and consumers look at sustainability and what Beyond Chocolate can do to increase the resilience of cocoa farmers.

Human Rights Due Diligence is among today’s most important sustainability challenges for companies in the cocoa and chocolate supply chain. In this first jointly organized learning event, the National Initiatives on Sustainable Cocoa in Europe (ISCO’s) aimed to build a common understanding of the role and responsibilities of different actors along the supply chain, make different opinions transparent and identify practical tools for collaboration. After an introduction by EU commissioner Didier Reynders on the upcoming HRDD legislation and EU Multi-Stakeholder Dialogue for Sustainable Cocoa, the word was given to several high-level stakeholders to discuss which role they can play for the implementation of HRDD.

During the discussions that were held in the ending deforestation working group, traceability appeared to be a pre-condition to identifying potential deforestation hotspots in cocoa value chains and taking action to address deforestation. The September 23rd learning event on cocoa traceability was organized to shed light on what is meant by “traceability”, what it can help achieve, as well as its limitations and challenges. The event brought together companies, government institutions and knowledge partners for a presentation on the latest state of traceability practices to then move to a discussion on how to break silos between the work carried out by these stakeholders. Based on this learning event, IDH developed a podcast on
cocoa traceability. Listen to it here. 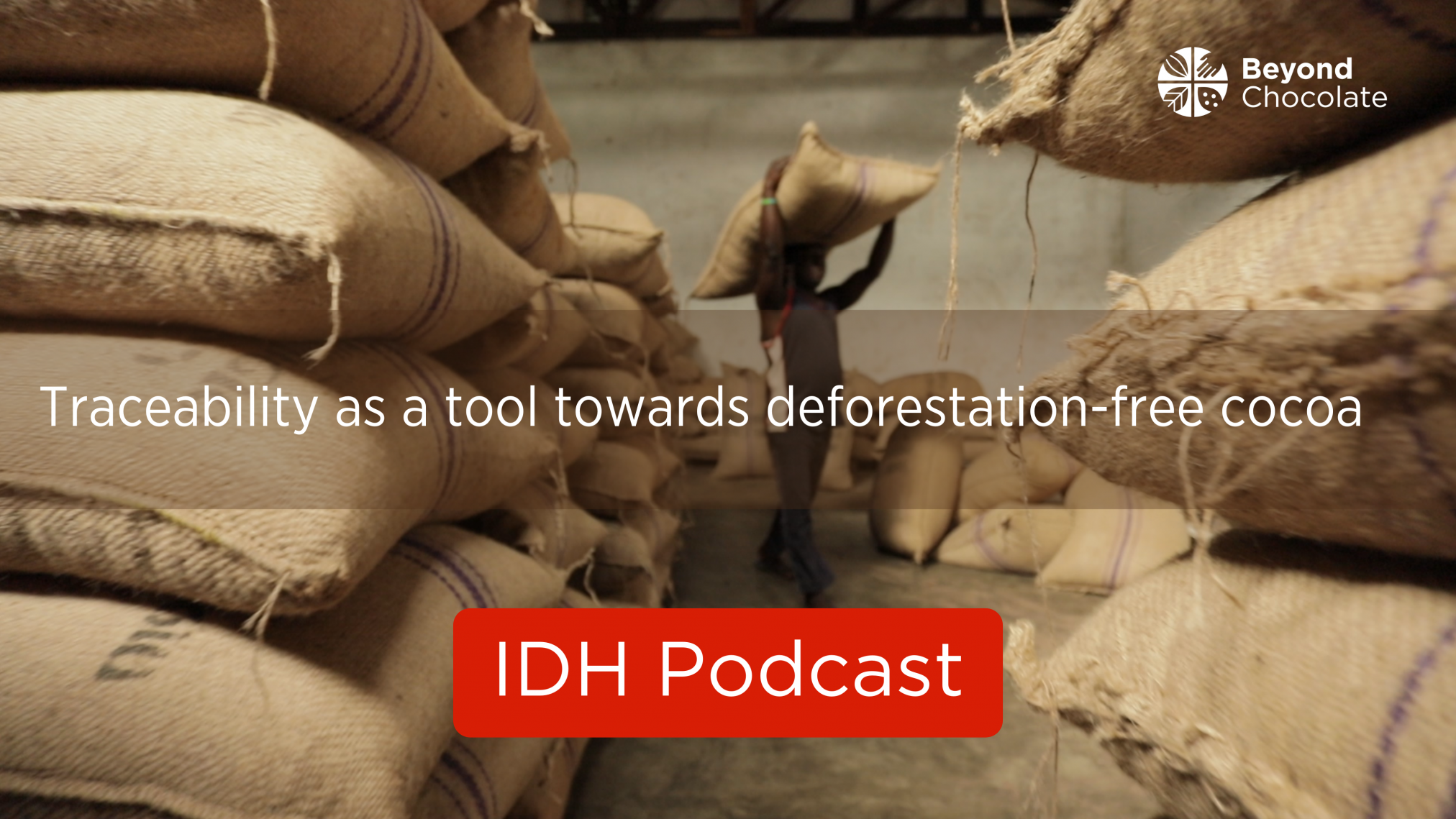