The foundation for IDH was laid in the Schokland Agreements in 2007. Businesses, trade unions, NGOs, and several Dutch Ministries acknowledged the necessity of joining forces in stimulating sustainable trade.

In 2008 IDH officially started and in 2009 IDH organized the first International Supply Chain Management Congress with over 600 participants, including experts like Howard Shapiro and Jason Clay. IDH welcomed in 2009 the first UTZ certified cocoa and sent the first 800 bars of chocolate made with sustainable cocoa, to all its contacts as a New Year Present. 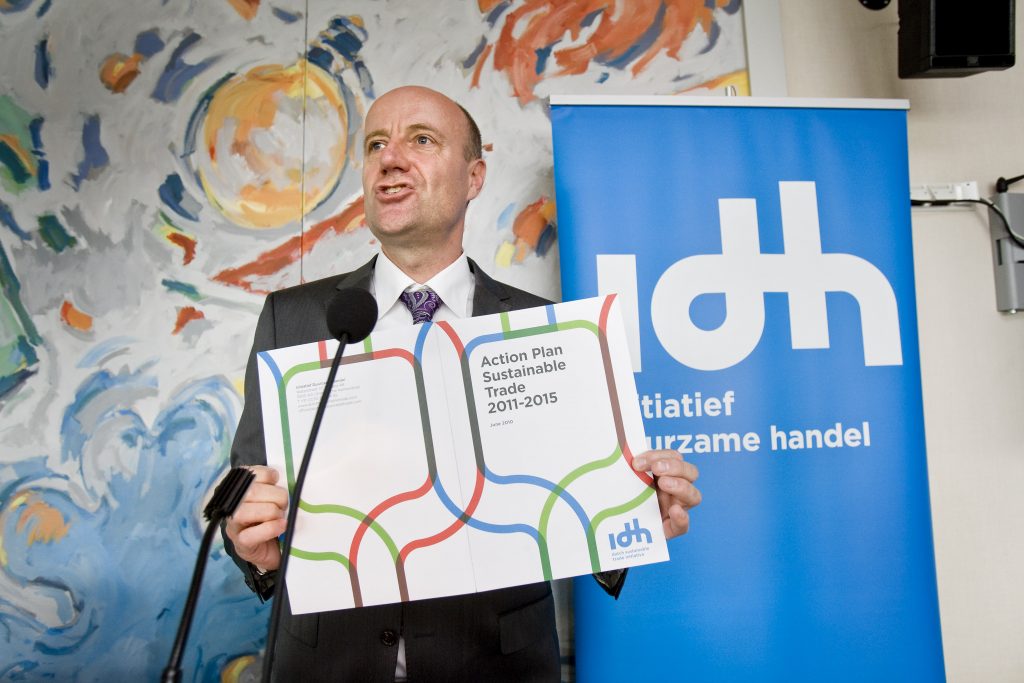 In 2010 IDH presented the Action Plan Sustainable Production & Trade. Over 100 private companies and CSO’s signed up for a plan to invest over 500M euro in 18 critical commodities, requesting 100M investment from the Dutch government. The Secretary of State for Development Cooperation Ben Knapen requested IDH to rework the Action Plan into a Match Funding Proposal and granted the 100 M euro match funding capacity to IDH late 2010 in his key note speech at the second ISMC congress, in Amsterdam. In that same year World Wildlife Fund handed over the Aquaculture Dialogue Standards to ASC, the Aquaculture Stewardship Council, that was jointly erected by WWF and IDH to create a label for responsibly farmed seafood. In less than 1,5 year the 1st ASC certified Pangasius was on the market and 25% of Vietnamese pangasius production was certified.

In 2011 the Dutch soy industry signed a covenant to transform to 100% responsible soy sourcing by 2015. This covenant was modeled after a cocoa covenant signed in 2010, and would form the model for future sector covenants in (e.g.)  aquaculture, flowers and fruits & vegetables to gradually move full sectors to 100% sustainable sourcing. 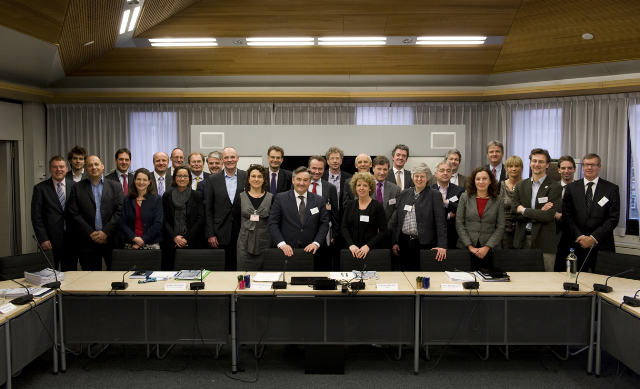 To facilitate national public private cooperation and monitor progress of covenants and other sustainability initiatives, IDH established in 2012 the Strategy Group for Sustainable Production and Trade. An annual meeting of CEOs and directors of relevant companies and CSOs in the Netherlands, hosted by the Ministry of Foreign Affairs.

In the same year – on request of 4 large coffee roasters, IDH started its Sustainable Coffee Program (SCP) to facilitate precompetitive and public private cooperation in major coffee producing countries. In 2016 the SCP merged into the Global Coffee Platform.

In the cause of 2011 – 2013 the IDH partner network grew from 70 to over 350 public and private partners. The number of programs increased from 6 to 18 and the staff to over 50. Ample international press coverage and impressive results steadily built the image of IDH as a successful convener of partnerships and change agent in service of impact on the Millennium Goals (later Sustainable Development Goals). The attribution report of December 2012 showed the appreciation of both public and private  partners of IDH and for the work done. Most of the IDH programs are the largest sustainability initiatives in the sector.

In 2012 and 2013 IDH establishes hubs in both Indonesia and Vietnam to closely align international program efforts with national government strategies and realities on the ground. This ‘local convening’ is over the cause of 2014 and 2015 expanded to countries in Africa (Kenya, Malawi, Tanzania) and Latin America (Brazil). In the course of 2016-2020 we established a presence in key countries in Europe, Asia, Africa and Latin America. 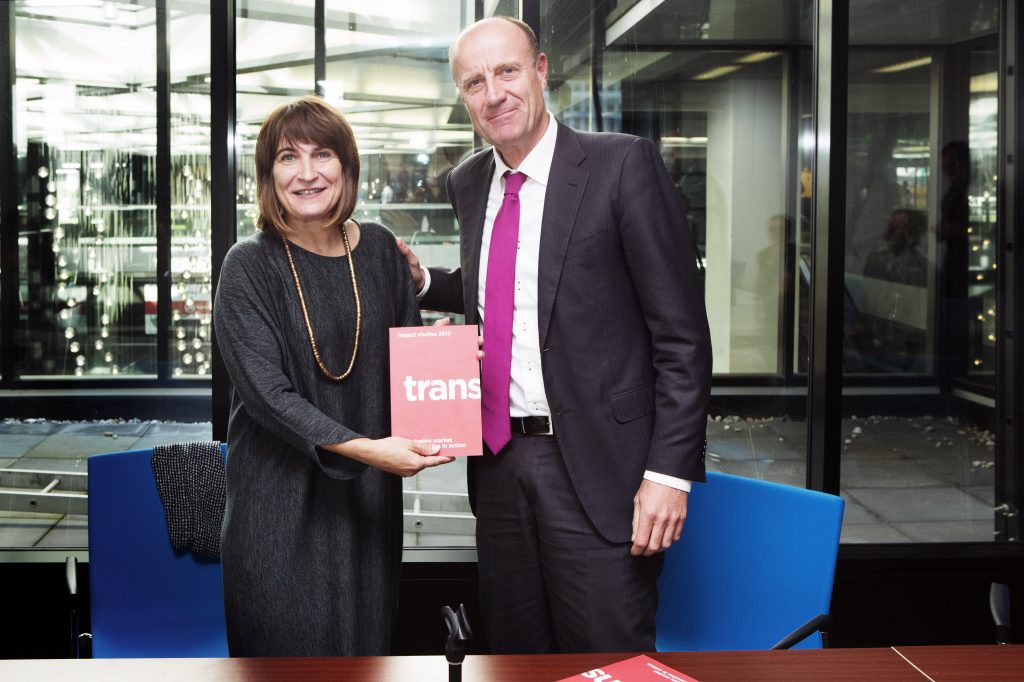 In 2013 the first Impact Studies of the IDH cocoa, cotton and tea programs are released showing positive impact on both livelihoods of farmers and the environment. Although the impact results in especially tea and cotton are impressive, IDH feels its impact can be further improved. The IDH impact studies and the IOB evaluation of 2014 underline our aim to design strategies that help tackle complex issues beyond certification, like the Fertilizer Initiative in cocoa, that IDH already started in 2012.

On November 14, 2013 at the Value Chain event in Zurich IDH and SECO officially announce their partnership. This partnership involves working closely with the Swiss government, with Swiss companies and CSOs and access to the Swiss embassy network, and an additional 25 M euro co-funding capacity.  The partnership follows upon an earlier partnership with Danida. Since 2013 Buza, SECO and Danida are institutional donors of IDH.

In 2014 IDH starts on request of the Dutch Ministry of Foreign Affairs the Initiative for Sustainable Landscapes. In six resource vulnerable landscapes IDH will leverage private interests in sustainable landscape management to convene public private partnerships to jointly design, co-finance and drive plans that halt deforestation, balance land and water use and create alternative livelihoods. Already in 2015 other donors, including NICFI step in. IDH works now in multiple landscapes. 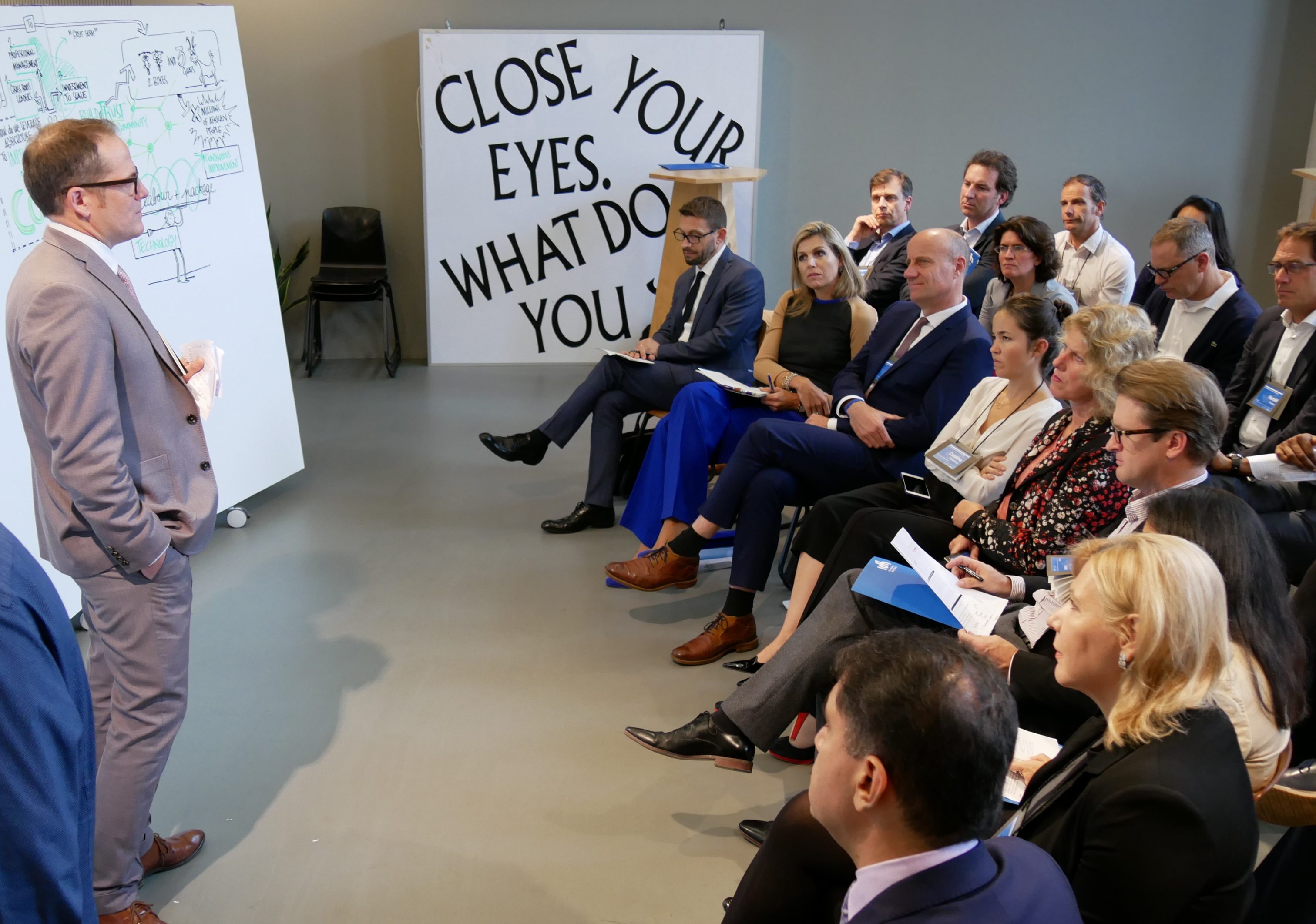 In 2014 Queen Maxima visits IDH to inform herself about another new strategy of IDH: Innovative Finance. On the same day IDH is granted a new period of co-funding capacity by the Dutch government.

In 2015 the Multi-Year Plan 2016-2020 is approved by the Supervisory Board, together with the rigorous Result Measurement Framework. Key innovations are: ISLA, innovative finance, and a stronger emphasize on gender and beyond certification strategies such as Renovation & Rehabilitation, Services Delivery Models and Verified Sourcing Areas.

In 2016 IDH developed, tested, and helped scale innovative systemic solutions for sustainable trade, contributing to the Sustainable Development Goals (SDGs). It was also the last year of our first funding phase (2008 through mid-2016). In that same year our sustainable cotton program in partnership with BCI reached the iconic milestone of 1 M MT better cotton production. By far outperforming any other sustainable cotton scheme.

In 2017 multiple innovations were started. We experimented with analyzing and improving the farmer engagement models of companies, in order to make them investable. We initiated an innovative finance program that eventually cumulated in 2018 into the launch of the 100M de-risking &green.fund at the WEF in Davos.  The number of landscape programs doubled from six to twelve and the first Green Growth Plan was signed (with the Governor of South Sumatra, Indonesia) as a prerequisite for the signing of the first Production, Protection, Inclusion (PPI) compact. 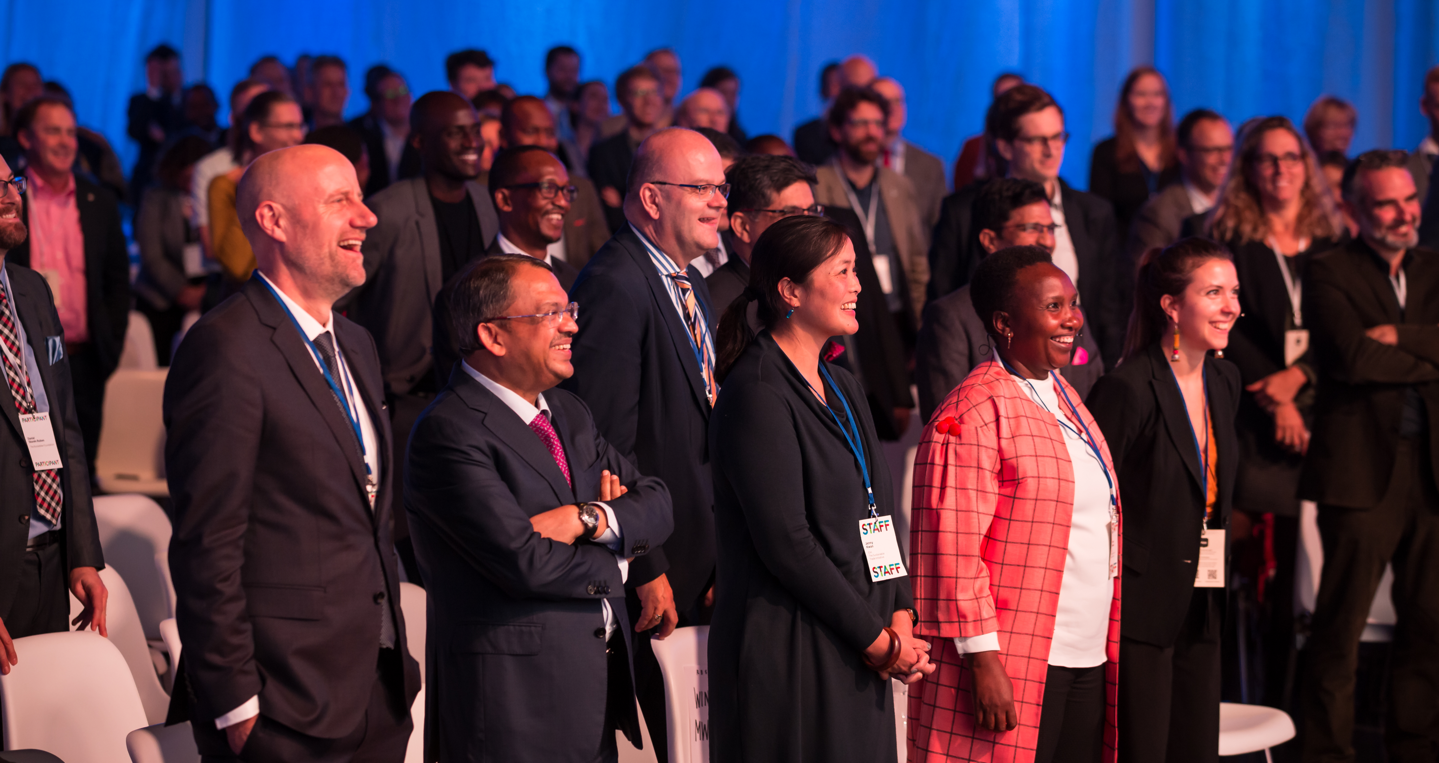 In 2018 IDH started Farmfit, an initiative with three elements: Farmfit Business Support funcded by DFID and the Bill & Melinda Gates Foundation analyzes and improves farmer engagament models of companies, Farmfit Intellegence that shares best practices and the Farmfit Fund, a de-risking fund supported by the Dutch Governments and multiple companies to trigger investments in smallholder farmers by impact investors and others. In 2018 IDH also celebrated its 10th anniversary with a high level congress, including key notes by Queen Máxima, Dutch Minister Kaag of Development Cooperation and International Trade and Sunny Verghese, Chair of Olam.

Early 2019 IDH and the Neumann Kaffee Gruppe announced the first de-risking investment, bringing a pilot done in 2018 to scale with junior and senior investments by respectectively IDH and Neumann, and ABN AMRO, BNP Paribas, Rabobank and USAID improving the livelihoods of 300.000 smallholder coffee farmers in 10 countries. The same year he Farmfit Fund became operational and the first Farmfit event was organized in Nairobi. IDH published a portfolio wide impact report by KPMG that concluded that the majority of IDH programs are well under way to reach their targets.