16 days against gender based violence come to an end

International Human Rights’ Day on 10 December concluded the UN Women campaign 16 days of activism against gender based violence. We take this opportunity to look back on the statements issued by some of our own.

During the UN women campaign, which began on 25 November, the International Day For the Elimination of Gender Based Violence, 16 IDH’ers voiced why they believe addressing gender  is crucial to create sustainable value chains. 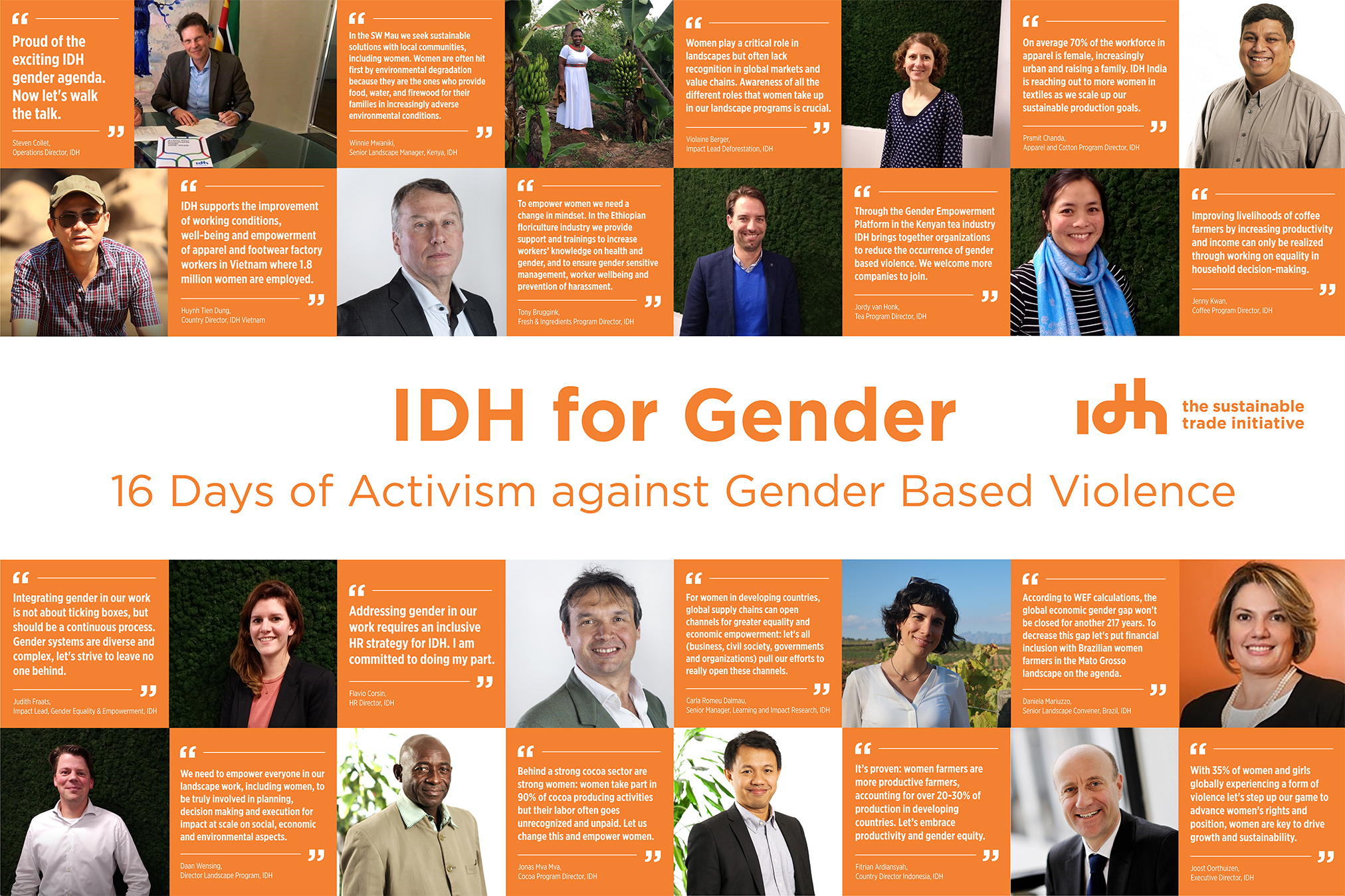