How to leverage the forest economy and what is the role of food production chains in this process?

Aiming to contribute to a debate that facilitates reflections on the search for such answers, the IDH Brazil Executive Director & Latam Landscapes Program Director, Daniela Mariuzzo, attended the first day of the Connection for Climate ON 2020, an event held on 21 and 22 September, with the aim of discussing the connections towards a low carbon economy.

In the panel on Agriculture, Forestry, and Land Use, they addressed the challenges related to the topic, and highlight of the debate is the issue of deforestation in the Amazon. 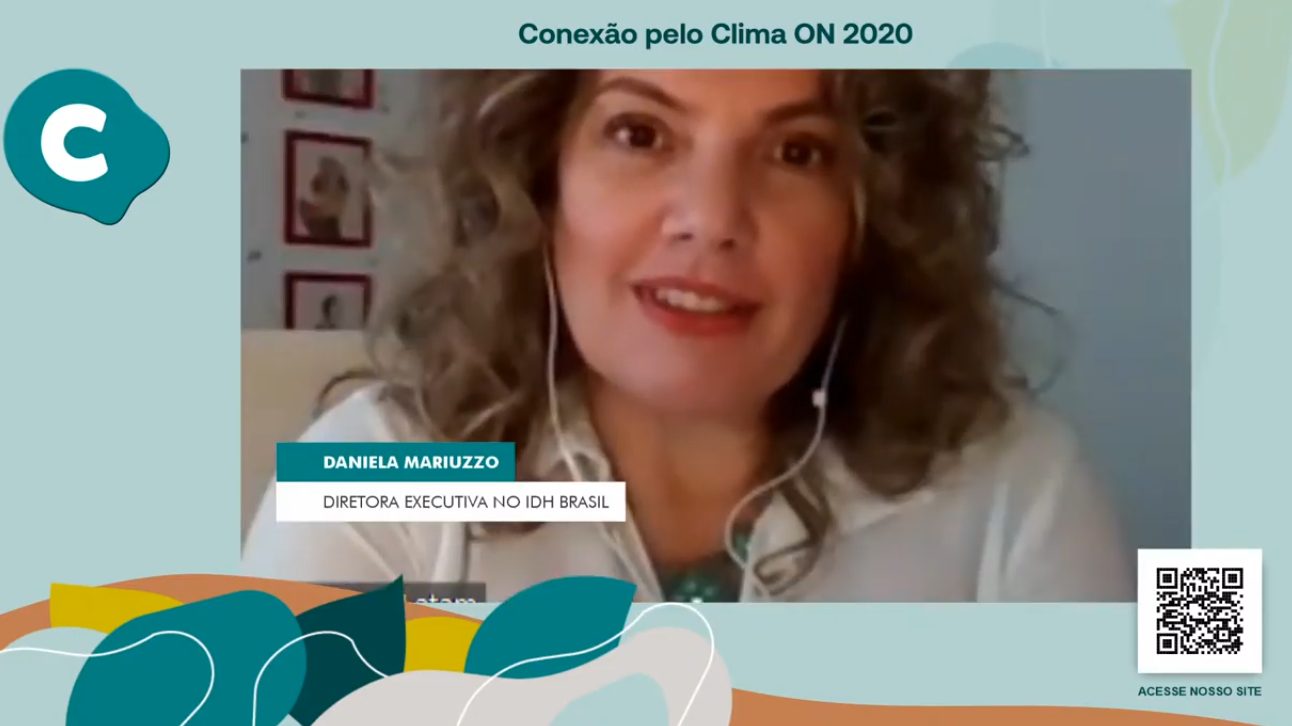 Daniela Mariuzzo talked about the IDH intervention format in the more than 50 countries where it operates and the landscape approach, which advocates the balance of factors related to production, protection, and inclusion under a model of territorial governance. “The IDH was created in response to a request from the private sector to the governments of Europe to support the production of sustainable commodities. So, our agenda is not about imposing zero-deforestation because we understand that Brazil already has the Forest Code that regulates the use of land in the country”, she explained.

According to the IDH director, one of the ways to equate this challenge is by offering solutions so that farmers are able to produce better and do not need to convert new forest areas for use in agriculture. “This requires technical assistance, credit, and information. In Mato Grosso we have been able to do this through a long-term strategy with 15-year goals (launched in 2015) called Produce, Preserve and Include,” Mariuzzo pointed out. She argues that this view on the landscape, that is, beyond the limits of the properties, has shown to be an effective approach to promote more sustainable land use, with social inclusion and conservation of natural resources.

The executive director of New Business of the Institute for Conservation and Sustainable Development of the Amazon (Idesam) and coordinator of the Program for Acceleration of Impact Investment of the Partner Platform for the Amazon (PPA), Mariano Cenamo, also spoke about this relationship between production and conservation. He considered that talking about numbers in the Amazon may lead to the generalization of a reality that is quite complex. Cenamo mentioned as an example of the fact that the biome corresponds to 66% of the Brazilian territory, but generates less than 8% of the Gross Domestic Product (GDP). “Most of it comes from the industrial hub of Manaus and the mining industry in Pará. The agribusiness certainly has an important role, but the industry that generates most wealth, in terms of tax collection, the soybean, is concentrated in the Cerrado“, he said. According to him, the cattle raising segment in the Amazon still shelters a lot of informal activity which, therefore, does not generate an expressive volume of tax collection. “So, how come we generate so much deforestation and collect so little wealth?”, he asked.

The director of Idesam also brought to the debate a challenge for the new generations: “We need to think about the future we want from the Amazon and from Brazil”, said Cenamo, pointing out the fact that it is no longer possible to reproduce a model of decades ago when entrepreneurial pioneers opened space in the forest to generate agricultural production.

The Connection for Climate ON 2020 was carried out online through a Climate Ventures partner, O Mundo Que Queremos, and CDP Latin America.