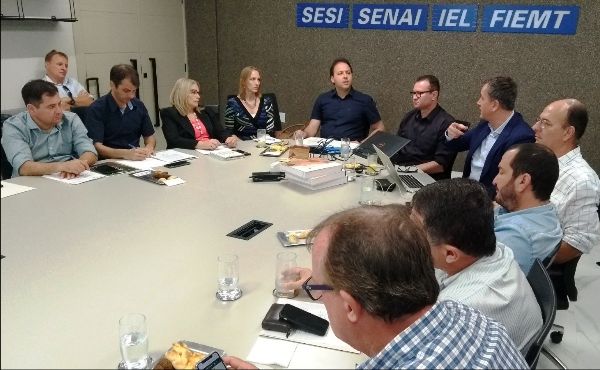 The first result of the partnership signed in April 2019 by IDH and the Centro das Indústrias Produtoras e Exportadoras de Madeira do Estado de Mato Grosso [Centre for Wood Producing and Exporting Industries of the State of Mato Grosso] (Cipem), with the objective of improving the value chain of the forestry sector, was presented during a meeting of the entity’s board of directors, held in March. This is a broad and innovative study carried out by IDH that analyzed and compared the Forest Products Marketing and Transport System (Sisflora-MT) with the main international wood protocols and certifications.

During this process, consultations were held with producers, local authorities and European buyers in order to understand the market perception regarding timber from Brazil and Mato Grosso, identify the gaps that impact marketing and exports, and outline an action plan for improved reputation in international markets, with an initial focus on Europe.  Comparative assessments were also made with other systems and certificates, such as the EUTR, FSC, PEFC, and Legal Source.

With the collection of all this information, it was possible to identify the main flaws and gaps in the System and propose the development of an action plan to remedy them.

The result of this study proposes a way in which to improve the reputation of native timber from Sustainable Forest Management in the European Union, and this way, unlocking mechanisms that cause a delay in export, support Cipem in the initiatives aimed at boosting the value and reputation of the forest-based industry and improve access to the market, thus, making the product more competitive. Sisflora was a solid legal compliance guarantee system that needs to be recognized by the international market so that Mato Grosso can produce low reputational-risk native timber for export, thereby resulting in the opening of new markets and the valorization of products.

The main conclusions of the study indicate that Sisflora-MT is a solid system, with broad compatibility with international protocols and certifications, capable of guaranteeing the legal compliance and sustainability of the forest productive chain in Mato Grosso. Nonetheless, it is too complex to be communicated and understood by external agents who are not familiar with the numerous steps, procedures, and legislation involved. Regarding the operational and technical feature, the study also identified risks of misuse, which result in fraud.

Aiming at advancing the improvement process, the proposed Action Plan, which was validated along with the sector, through Cipem, foresees five main pillars: ensuring the alignment of Sisflora with the EUTR – with the European community (government and entities); establishing the rules for an independent audit; lowering the risk of misuse and fraud; ensuring greater transparency of information about the System; and electing Sustainable Forest Management rules as a standard for the Amazon. Each of the pillars had specific strategies and activities to be developed in a calendar to be built together.

The president of Cipem, Rafael Mason, believes this is an extremely important moment for the forestry industry, which sees an improvement project in line with the reality and which implementation is feasible. “This is a big step for the industry, in order to bring more transparency to our commitment to offer sustainable and legal native timber, by adding these values to the final product, which will improve the offer of more jobs and income”, he said.

Brazil has a privileged position in terms of tropical forest coverage, the third-largest extension in the world, but the total exported is still considered insignificant when compared to other countries. Brazilian production totals 32.5 million cubic meters (m³), but exports represent only 0.7 million m³. The world average is 318 million m³ of production and 30 million m³ exported. An example of this situation is the comparison with Indonesia, which owned only 7% of the world’s tropical forest, but which offers 26% of the wood consumed on the planet. In economic terms, it is also possible to evaluate this growth potential, seeing that, currently, Brazilian operations account for only 1.5% of the global total, that is, USD 272 million in a market that totals more than USD 17 billion in commercial transactions involving native timber.

This potential for growth is in line with the Produce, Conserve and Include (PCI) State Strategy, which objectives includes the establishment of transparency and governance mechanisms to attract investments that foster the sustainable development of the state. PCI’s commitment in relation to native forests is reaching 6 million hectares of the sustainable forest management area in Mato Grosso. The current total is 3.7 million hectares.

“Supporting sustainable forest management is a crucial mechanism to guarantee the balance between production, conservation and inclusion, recommended by the State”, endorses Fernando Sampaio, executive director of the PCI Institute. He adds that the REM Program, under development in the state, can contribute to the implementation of the proposed Action Plan, which will contribute to the achievement of the goals set for the forestry sector.

The next steps in this work include meetings with key players for the sharing of information.