One of the main challenges when it comes to long-term initiatives for territory management is maintaining the engagement of the participating actors. This also applies to the local government. A change in city administration can generate discontinuity in the development of initiatives.  To avoid this risk, implementers and signatories of the Produce, Conserve and Include (PCI) Regional Compacts in Mato Grosso have dedicated their efforts to liaising with new mayors elected in the municipalities of Barra do Garças, Cotriguaçu and Juruena. The result is the acknowledgment of the Compacts as an important strategy for the sustainable development of the territory.

In January, the Natcap team, implementer of the Compact in the Juruena Valley, talked to the new elected mayor of the municipality of Cotriguaçu, Olirio Oliveira dos Santos, to present the state PCI strategy, the Juruena Valley PCI Compact, and the projects and articulations fostered by the actors who are members of the local committee. The mayor considered the Compact to be extremely important for the municipality and the region and committed to provide support as much as possible within the administrative structure, appointing the Secretary of Agriculture, Evandro de Oliveira, as the focal point in this articulation.  “This first contact with the new mayors was very positive.  To move the Compacts agenda forward in the regions, the support of the local public authorities is key.  As a next step we are planning a more detailed meeting with mayors and secretaries to agree on the next steps to be taken in the municipalities”, added Mathias Almeida, from Natcap.

In Barra do Garças, the new local administration, led by Mayor Adilson Gonçalves Macedo and Secretary José Bispo dos Santos, attended the first PCI Compact 2021 meeting, held on 5 February and showed their commitment to continuing the work developed so far. The technical team, through the Secretariat of Rural Development of Barra do Garças has already appointed agronomist Fernanda Santos as focal point for technical activities related to the Compact.  “The new city administration has shown interest and responsiveness, participating actively in the discussions regarding the next steps,” confirmed Raimunda Mello, from TNC, the implementer of the Compact.

In Sorriso, Mayor Ari Lafin has maintained the continuity of management with the active participation of the team in the meetings held by the Sorriso Compact.  Lafin attended, in 2020, an online event on the implementation of a Compact in the region of Balsas-MA, in which he shared the experience and results from the municipality of Sorriso, as a way to inspire the replication of the model in Maranhão.  The members of the local committee of the Sorriso Compact also held a meeting in February this year, in which they shared the results achieved in 2020 and the actions planned for 2021, with an emphasis on family farming. 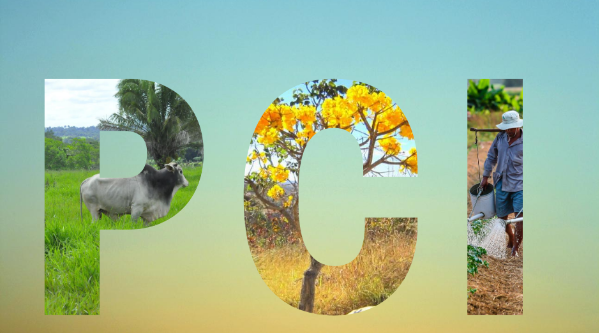 The Cultivating Sustainable Life Project, implemented by CAT with support from IDH, in Sorriso, clearly illustrates how partnerships under the Compact can bring results.

In February, members of the CAT team talked to representatives of family farming organizations, local associations and cooperatives, to expand the possibilities of support, gathering the main demands and outlining an action plan to meet them.  In this case, support for family farming will be provided by the Secretariat of Agriculture of Sorriso.

Training actions, technical assistance and mechanisms to increase family income and improve the productivity of organic products were some of the points made by the president of the Association of Organic Producers of Sorriso (APOS), Marecilda Ludwig Carvalho.

The Cooperative of smallholders of the Celeste Valley (COOPERCEL), represented by its president, Maria Boaventura Souza da Silva, outlined the main needs to support the preparation of an administrative structure, a commercialization project, including cash flow, and organization of the production system and membership of the cooperative.

One of the pillars of IDH Brazil’s landscape approach in developing the PCI Regional Compacts is directly linked to the environmental and land regularisation agenda.  These are common and recurrent demands in all municipalities where the PCI Regional Compacts were established and, moreover, where they have a direct impact on others, such as access to credit and performance of local production chains.  On these issues, IDH Public Policy Implementation Manager, Alex Schmidt, presented the planning for 2021 during the meetings of the Sorriso and Vale do Juruena Compacts.

He explained that for the development of actions related to land regularisation, the Titula Brasil Program, of the federal government, brought, at the end of last year, the forecast for actions that can now be carried out by the municipalities, as long as an agreement is signed with INCRA.  Thus, the municipality may create a Municipal Land Regularisation Hub and become autonomous to conduct a number of activities, such as collecting documents and signatures, and the geo-referencing of plots and settlements. Schmidt recalled that the decision-making phase of the whole process is still under the responsibility of INCRA, but that the assistance of the municipalities can speed up the initial land regularisation stages and that they will be supported by IDH in order to achieve this progress.

On environmental regularisation, he also informed that the proposal for the Compacts is the creation of a kind of CAR Hub. For this, IDH is completing the mapping of land and water resources use that will result in a database qualified and pre-validated by the State Secretariat of Environment (Sema-MT). This database will be delivered to the municipalities and will allow for greater quality and speed in the process of preparing and validating the CAR.

Another action that IDH is carrying out on this matter is to support SEMA-MT by making 10 technicians available for a one-year period to carry out activities related to the Environmental Regularisation Programme (PRA), as established in a Technical Cooperation Agreement signed between IDH and SEMA in August 2020.