SODEFOR, the state agency for the development of forest reserves has the priority to end deforestation and to initiate reforestation of these forest reserves. In order to achieve this, SODEFOR is working on the implementation of sustainable natural resources management, in consensus with the agricultural occupants. This is with difficult circumstances as a backdrop, as forest reserves of Côte d’Ivoire are in a state of very advanced degradation, among others due to extensive agriculture, illegal logging and gold mining.

To combat this, SODEFOR is piloting project in the forest reserves of Goin-Débé and Cavally. The difference in the level of degradation between these forests requires a differentiated management approach. For the Goin-Débé forest reserve (80% degradation rate) the focus is on awareness raising and conducting a full census. The census should help develop thematic maps for the implementation of a long-term management strategy, involving the agricultural occupants. In the Cavally forest reserve (40% degradation rate) the priority is the continuous monitoring in order to safeguard the critical ecosystem services that the forest provides.

The objective of this work in the Goin-Débé forest is the updating of socio-economic data in order to establish a policy of sustainable natural resources management and in consensus with the agricultural occupants. To this end the SODEFOR has sub-contracted BNEDT and the work started in March 2018 with the launch in Guiglo.

The work started with the sensitization of the local population, the infiltrated population, the traditional authorities as well as the administrative authorities in relation to the objectives and the implementation of the census. So far 38 sensitization meetings have taken place involving 5,726 persons and the efforts to share the information continue.

For a strong involvement of the youth in the region, a total of 150 persons from the local population have been hired to work under BNETD’s guidance for the surveying of the managers of the farms and the mapping of all occupations in the forest (crops, encampments, infrastructure, plant formations) with advanced tools in terms of GPS and data management;

The results obtained so far are:

The experience and achievements of the project will be capitalized in the development and implementation of SODEFOR strategy for the forest land use planning in the Goin-Débé forest in line with the new national forest policy on “Forest Preservation, Rehabilitation and Expansion”.

Mamadou Sangaré, General Director of SODEFOR: “Together with the local communities and local authorities we can make the census a success. It is a crucial step in the further land-use planning and preservation of the forest reserves in the Cavally region. The collaboration with IDH and the partners in the ISLA program will help us to redefine the balance between forest, agriculture and the well-being of the population.”

Through its ISLA program, IDH The Sustainable Trade Initiative supports SODEFOR with technical and financial assistance.

Jonas Mva Mva, Cocoa Program Director at IDH : “The activities that SODEFOR has initiated with support from IDH are key to the preservation of the remaining forest reserves in the Cavally Region. The issues at hand are complex and we call upon the private sector, civil society organizations and the international community to deepen their collaboration and contribute to the ambitious plans that the SODEFOR has started in the Cavally and GoinDébé forest reserves. In particular, we applaud the Forest Investment Program supported by the World Bank and African Development Bank for their contribution to the preservation of forest reserves and encourage them to build on the experiences currently being obtained.”

The census in the Goin-Débé forest is part of a larger mission supported by the Ivorian state. This mission includes the strengthening of the deployment of defense and security forces, the conduct of a vast disarmament operation and the continuation of investigations into recorded crime incidents. 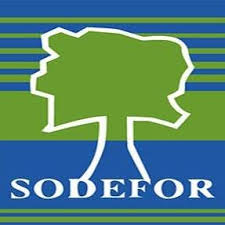