The Juruena Valley and Sorriso PCI Regional Compacts received special guests during the meetings held in September, who shared information and experiences relevant for each of the regions. 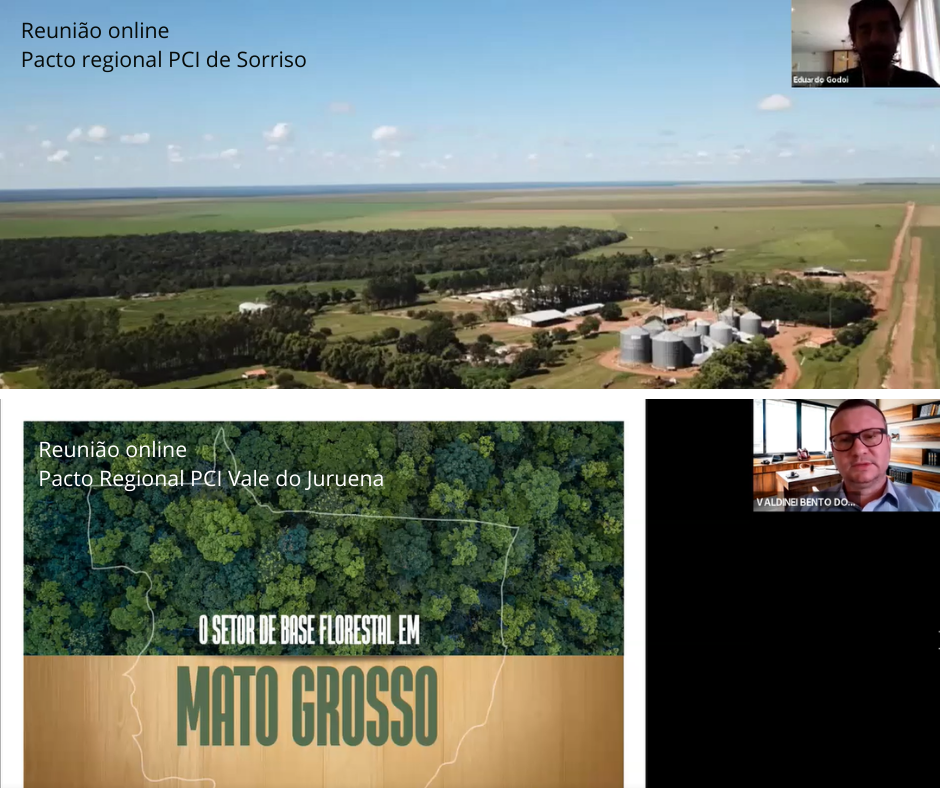 Digital agriculture is a necessity

Eduardo Godoi, a farmer in Sapezal, Mato Grosso, was invited to speak during the online meeting of the Sorriso Regional PCI Compact, held on September 24. He shared his knowledge about technologies applied to the field, showing the tools he uses on a daily basis to improve interaction with the team and property management, even from a distance.

Godoi noted that the adoption of these tools has increased production efficiency on the farm, by optimizing material and human resources, which translated into higher revenues.

He highlighted two key lessons learned in this process of embracing digital agriculture. The first one is the need to share information in order to improve results. “When we open the doors for the adoption of these technologies, we have to break a very difficult paradigm for farmers, and I include myself in this, which is sharing data,” he revealed. “Little by little we understand this need and become less annoyed”.

The second fundamental point, according to Godoi, is taking care to prepare the teams before this transition begins, involving them in the whole process. “It is only possible to invest in innovation if it is valued by those involved,” he summarized.

Santos informed that the area with Sustainable Forest Management Plans in Mato Grosso covers 3.7 million hectares, which could reach up to 6 million hectares in 2030, which will enable the state to reach the goal set in the Produce, Conserve and Include Strategy.

In order to show the economic dimension, he noted that the industry has traded more than R$ 413 million, the result of the sale of nearly 492 thousand cubic meters of native sawn, laminated, and processed wood, between January and August this year. “Five municipalities in the northwest region, including Juruena and Cotriguaçu (which are part of the Compact), represent 45% of the total production and commercialization in Mato Grosso,” Santos stated.

He also highlighted the partnership established with IDH whose one of the pillars is to support the continuous improvement of the industry. “This work has been developed with IDH and PCI, which also seeks to improve the reputation of Brazilian wood outside the country,” he added.

Check out the full presentation in the video available here.

Since 2019, IDH, in partnership with CIPEM, has been investing in a set of actions aimed at improving the reputation of sustainably produced timber in the State of Mato Grosso, in the European market. The first results were published in June 2020 and will feed the investment agenda of the REM Mato Grosso Program for this sector.