Companies and governments show interest in the ‘Colombian PCI’ proposal 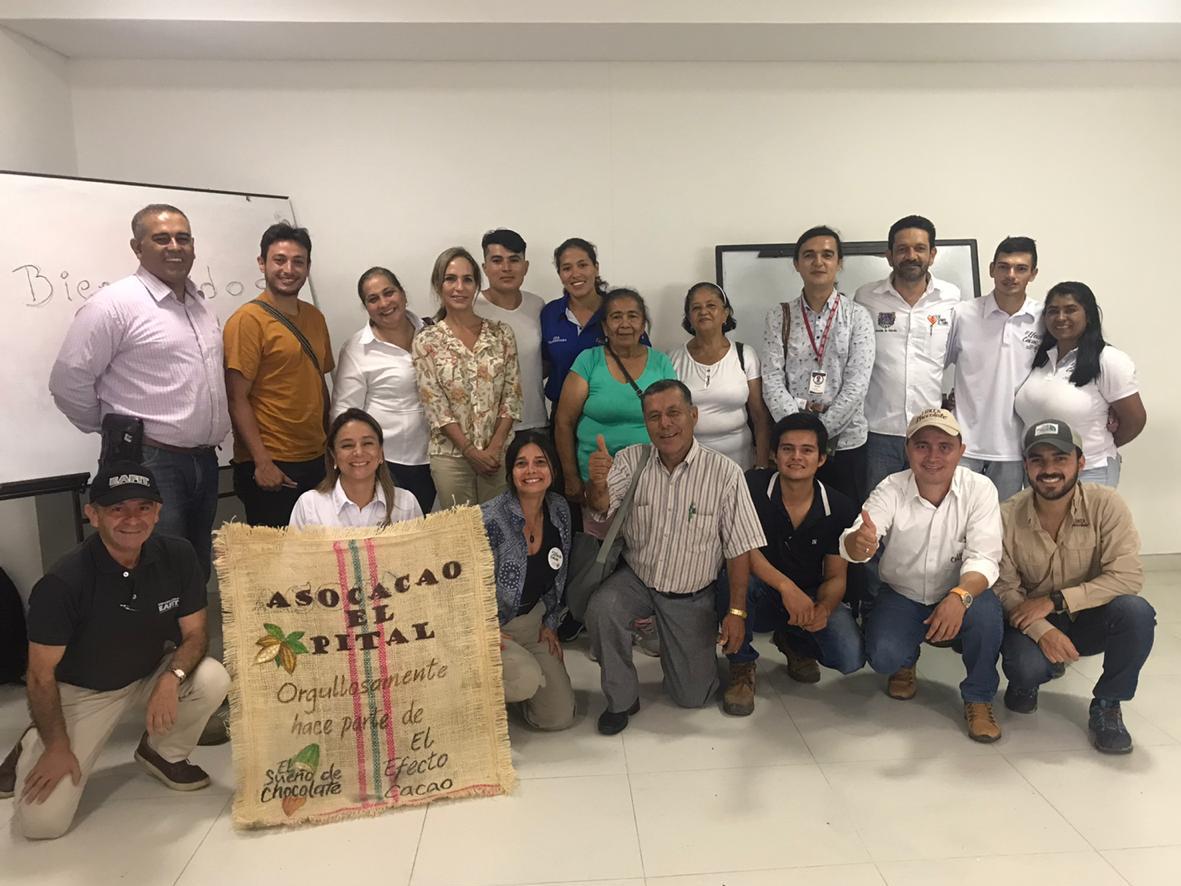 In the first two weeks of March, the IDH Colombia team visited the towns considered as priorities for the implementation of the sustainable territorial development project in the regions of Cesar and Huila. The purpose of this is to strengthen relations for the engagement of local actors, governments, and companies for the success of the proposed activities. “It is essential that we have a deeper understanding of the territories context, that we hold meetings with potential stakeholders and share, with local actors, governments and companies, the strategic vision of action with sustainable territories that IDH advocates”, points out Carolina Tenório, senior manager of the IDH Sustainable Territories Program in Colombia.

The proposal triggers a lot of interest by the actors involved, such as company Luker Chocolate, with a large market share in the national cocoa market and which is already developing a project in Huila (Efecto Cacao), Nestlé and Alqueria, present in the Cesar region, as well as Fedepalma in Magdalena, local mayors, farmers’ associations and regional authorities.

This interest in building consensus and collective partnerships for the development of a sustainable territory vision can be exemplified by the speech of the governor of Huila, Luis Enrique Dussan, who said: “I want Huila to become the Mato Grosso of Colombia”.

The reference is related to the fact that the Colombian proposal follows the strategy already developed and successfully tested by IDH in the state of Mato Grosso, where there is a state public policy with examples of regionalization, voluntarily agreed by several public and private actors, to achieve goals that aim at increasing production, conserving natural resources and including family farming. The landscape approach was approved by the Executive Board of the Productive and Sustainable AgroColombia Initiative in October 2019.

“There is a growing interest in consumer markets to link their purchases to sustainable territories. And IDH meets the challenge of connecting farmers to these companies, by involving the public sector and guaranteeing the access of small rural businesses in this process”, reinforces Daniela Mariuzzo, executive director of IDH Brazil and Director of the Sustainable Territories Program in Latin America.

IDH anticipates nearly one million euro for co-investment with the private sector in this work.

In addition to the landscapes of Cesar and Huila, the Magdalena region will also benefit, but visits to this location have been postponed due to the Covid-19 context and the World Health Organization recommendation to avoid the movement of people.

During this period for control and prevention of Covid-19, contact continues to be carried out online for internal organization and sharing information with the partners involved.