Committing the Netherlands which accounts for approximately 20-25% of cocoa traded globally to enable cocoa farming families to earn a Living Income, end cocoa related deforestation and forest degradation and contribute to ending all forms of child labour.

Ms. Sigrid Kaag, Minister for Foreign Trade and Development Cooperation shared her vision on a sustainable cocoa sector in a scoping meeting of DISCO in July 2020, ‘Towards building synergy and efficiency in driving sustainability in the global cocoa sector.’  Watch the webinar here.

Key topics for the General Assembly were the alignment and cooperation between European cocoa platforms in Belgium, Germany and Switzerland, and the European Union, a joint communication plan and the governance structure. A Steering Committee will be established, as well as working groups, that will develop roadmaps and key performance indicators.

DISCO is a sector agreement between cocoa trading & processing companies, chocolate manufacturers, retail, government, civil society organizations, service providers, and knowledge institutes. More information and an overview of all the signatories of the Dutch Initiative on Sustainable Cocoa can be found at our website. 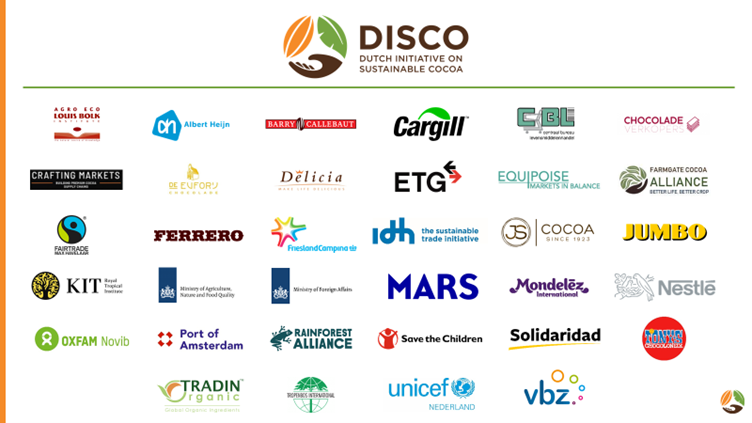