The Malaysian Minister for Primary Industries Teresa Kok witnessed the signature of Memoranda of Understanding (MoU) with IDH – the Sustainable Trade Initiative and with Solidaridad on 14th February at the Malaysian Ambassador’s Residence in Wassenar (Netherlands), committing to improving sustainability in the palm oil supply chain. 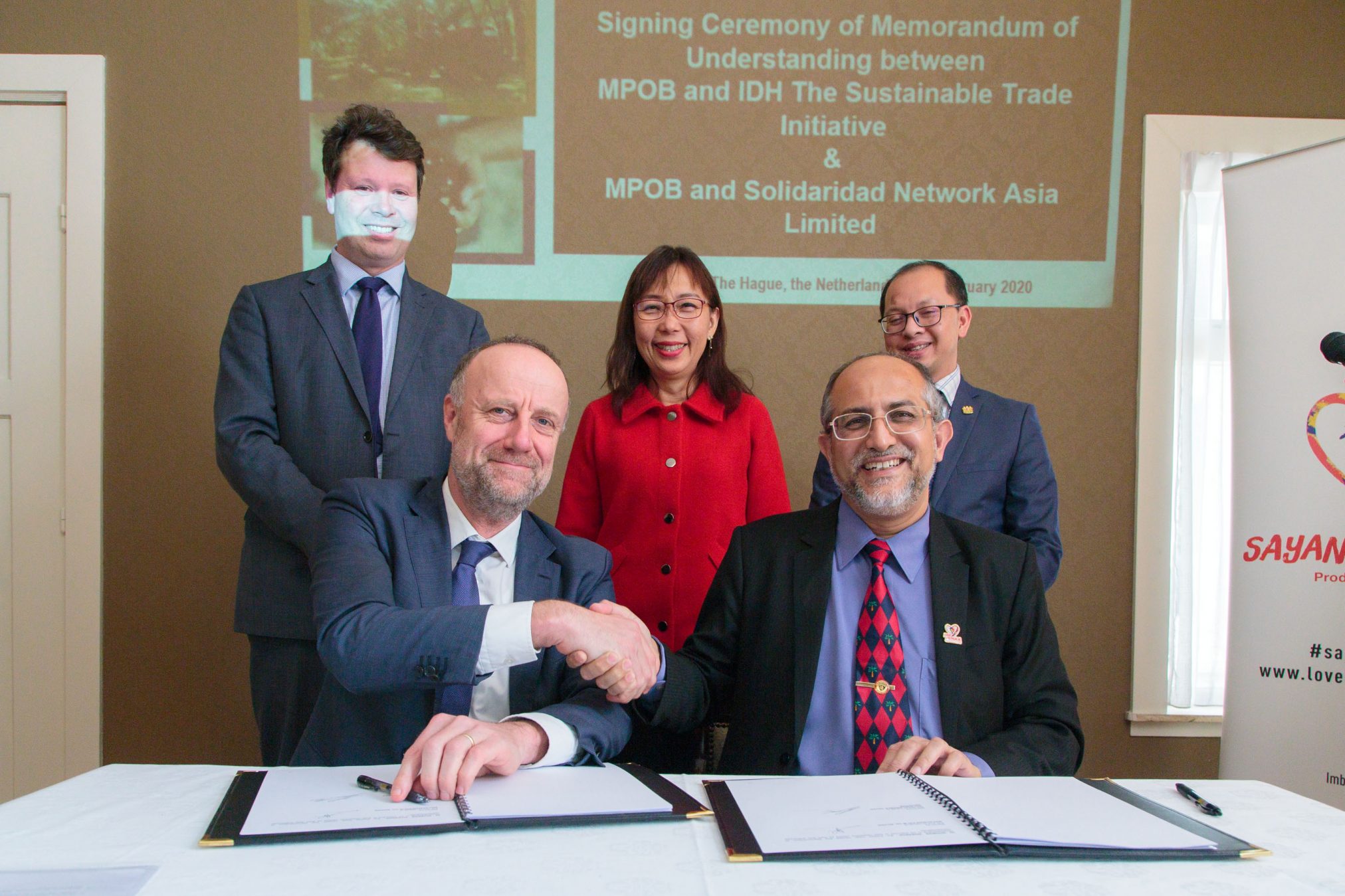 According to a report launched by IDH this month, the Netherlands imported an average of 1,102,000 tonnes of palm oil per year in 2011-16. Malaysia was its primary supplier, followed by Indonesia and Papua New Guinea.

The MoU builds on an agreement between the Dutch and Malaysian governments to cooperate on sustainable palm oil with special attention to smallholder farmers. The aim is to improve livelihoods and tackle climate change by adapting to the new climate, protecting forests and preventing carbon emissions.

Daan Wensing, Global Director Landscapes at IDH, said: “Driving global demand towards 100% sustainable palm oil can help protect nature while improving the livelihoods of millions of smallholders and their families.”

Jeroen Douglas, Executive Director of Solidaridad, said: “Our collaboration with MPOB goes back to 2016 when we jointly developed tools to ensure smallholders becoming part of a sustainable supply chain. The MoU signed today within the NI-SCOPS framework is not only a milestone reaffirming our successful collaboration, but also allows for speeding up solutions at scale.”

The smallholder-focused landscape interventions will be carried out in Peninsular Malaysia and Sabah and Sarawak. In each landscape, Solidaridad and IDH will offer technical assistance to farming communities and workers and support policymakers and authorities with improving natural resource management and restoration efforts.

The agreement comes amid uncertainty as the European Commission will gradually phase out biofuel imports as part of its Renewable Energy Directive for 2021 to 2030. Roughly half of Europe’s imported palm oil is currently used as biofuel.

The Malaysian Government represents 500,000 oil palm smallholder farmers and their families, a population they say is between three and four million people dependent on oil palm for their income. Palm oil is also the country’s third most important product in terms of exports.

Minister for Primary Industries Teresa Kok said: “The world is talking about sustainability, and for Malaysia, most of our palm oil is made for export. We are committed to making our whole palm oil industry sustainable for the whole value chain.”

Sustainability advocates have spoken out against complete palm oil boycotts and conservation NGO WWF has released a sustainable palm oil scorecard to encourage sustainable production in the palm oil industry. Because of its high yield per hectare, the land area requirement for palm oil is lower than that of competing crops. To increase vegetable oil production by the same amount by relying on competing oilseeds instead of oil palm will require 5-8 times larger areas of land.

Bilateral discussions have been reported in recent weeks between the Malaysian governments and the governments of the United Kingdom and Pakistan to make up for the shortfall in European and Indian imports.