The Cocoa Fine Flavors Potency of Papua and West Papua

This article was originally posted on Cocoa Sustainability Partnership (CSP)

He is not a new name in a world of chocolate products making globally. His creations had been displayed and tested in multi-stars restaurants around the globe. And it is not surprisingly that Georg Bernardini hailed his name in Chocolate – The Reference Standard: The Chocolate Tester 2015 as one of the best 25 chocolatiers in the world.

Alexandre Bellion is quietly different from other well-known chocolatiers. In constructing his creation, this French nationality man always develops the chocolate as raw materials from selected dried cocoa beans that he processes himself. And he always puts an interesting story in his chocolate creation products. Those cocoa beans are sourced directly from the cocoa farmers in some places in the world. And usually in his spare time, he will travel the worlds to see the cocoa farmers with his own eyes. Unsurprisingly, furthermore, his chocolate creation products are the finest flavor of chocolate with its originalities.

And with this reason, he had visited some places in Papua and West Papua, Indonesia, during February to March this year. With the full facilitation of Yayasan Inisiatif Dagang Hijau, he witnessed the abundance richness of Indonesian archipelago, and listened the stories about revitalizing the people’s hope among the sun rays through the leaves of cocoa. 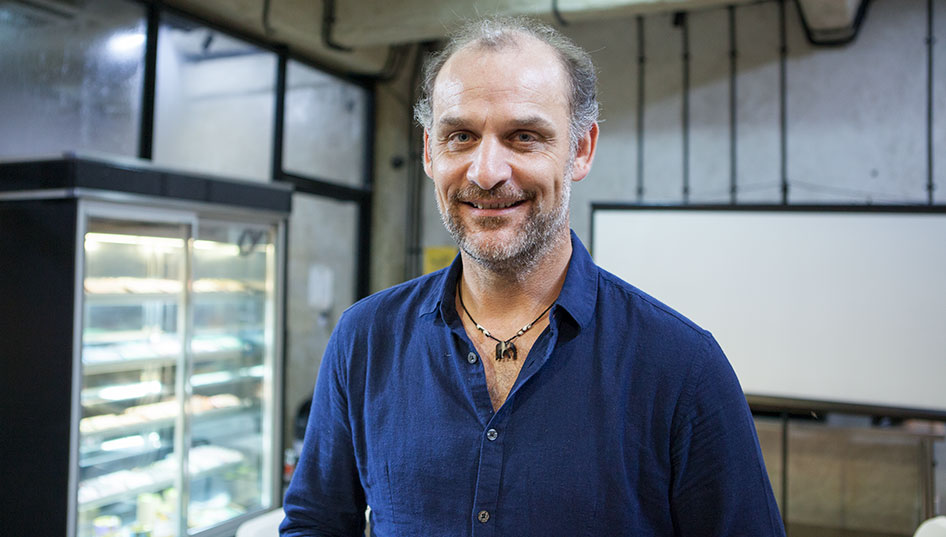 Alexandre Bellion, a well-known chocolatier in the globe with his unique fine flavor chocolate creations. His creations can be enjoyed at several multi-stars restaurants in the world. (CSP/AH) 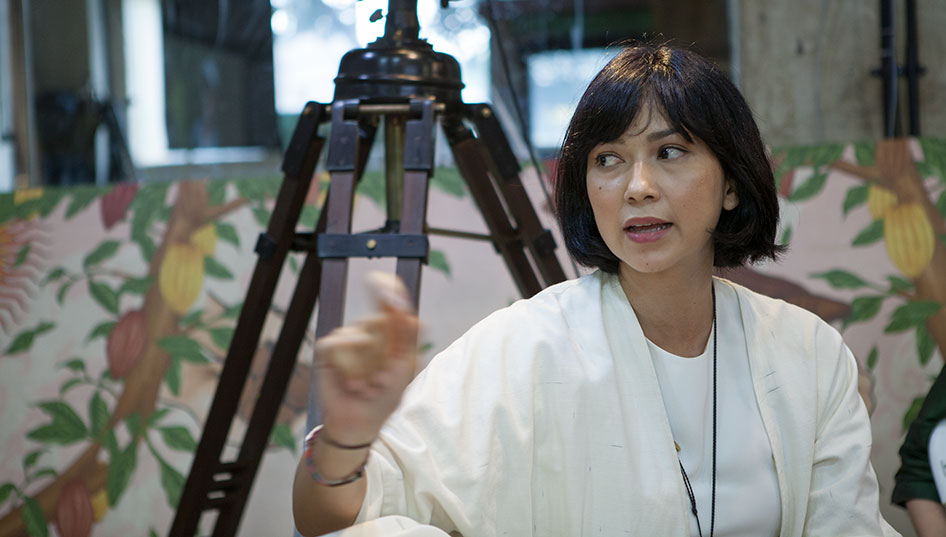 “In the end of 2018, Yayasan Inisiatif Dagang Hijau had joined forces with the governors of Papua Province and West Papua Province, together with companies and civil society organizations, to initiate and drive sustainable development and natural resources conservation in both provinces. Yayasan Inisiatif Dagang Hijau will supports the initiatives through the interventions of Production, Protection, and Inclusion (PPI),” as mentioned by Melati, the Program Officer Coffee and Cocoa of Yayasan Inisiatif Dagang Hijau. The participation of Alexandre Bellion is also the fruitful result of this cooperation in order to introduce the cocoa sector potentiality for these provinces in the eastern part of Indonesia, and with the objective to agglutinate the relationship among the cocoa processors and the cocoa farmers in certain places. 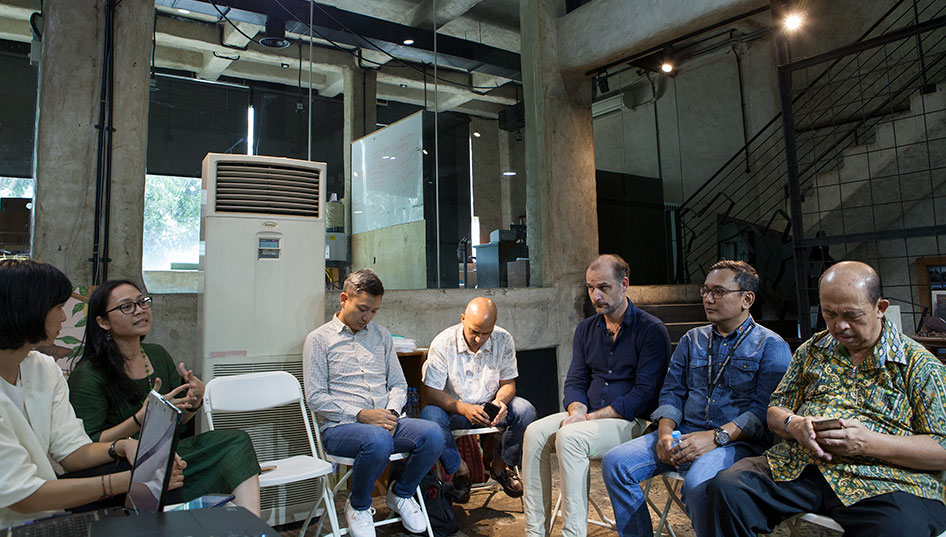 The participants are discussing the general overview of sustainable Indonesian cocoa sector during the exposure and chocolate testing of Papua and West Papua cocoa beans at Pipiltin Cocoa, Jakarta, early of March. Yayasan Inisiatif Dagang Hijau are inviting several stakeholders and partners to seek the potentiality of cocoa sector in these two provinces in the eastern part of Indonesia. (CSP/AH) 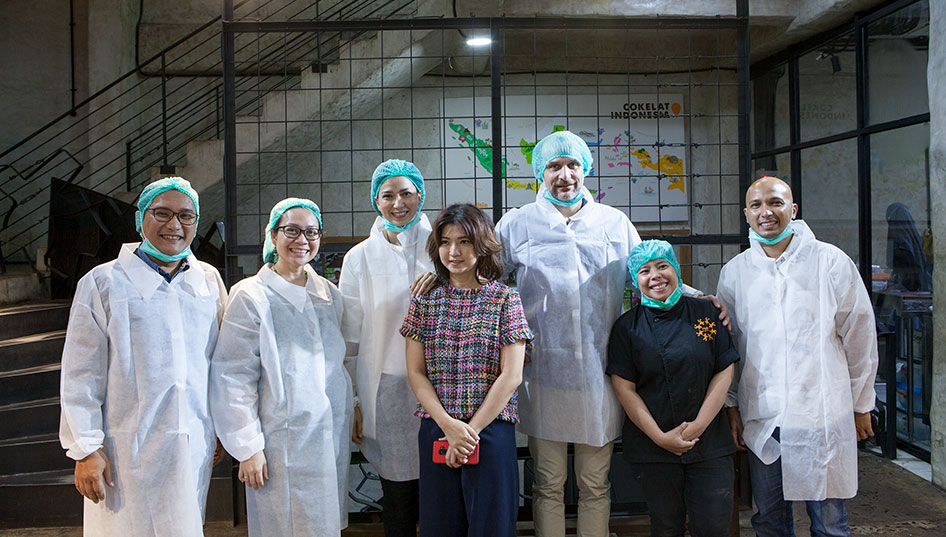 The introduction of cocoa potentialities of Papua and West Papua in Pipiltin Cocoa, the event was also attended by some representatives of foreign embassies in Indonesia, international certification institutions, and media as the enabling factors for Yayasan Inisiatif Dagang Hijau in implementing the facilitations through programs and projects in several places in Indonesia. This exposure and chocolate testing event is fully supported by Yayasan Inisiatif Dagang Hijau in proofing that chocolate which are developed from Papua and West Papua cocoa beans can be competed on the similar table with other fine flavors chocolate in the world. “We believe that the market segments for fine flavors chocolate with the best quality can be established for regions that have the well-supported environments from the forest, and surrounding communities are still conserving and restoring the ecosystems. Papua and West Papua have the opportunity to be referred as area for the development of certain commodities, especially cocoa, that will be regarded as promising areas for the high quality cocoa beans hunters and chocolate processors,” said Melati during the visit with other participants to the chocolate processing unit in witnessing how the cocoa beans from South Manokwari and Jayapura are processed into fine flavor chocolate products.