A success story from a pepper province – Dak Lak, Vietnam 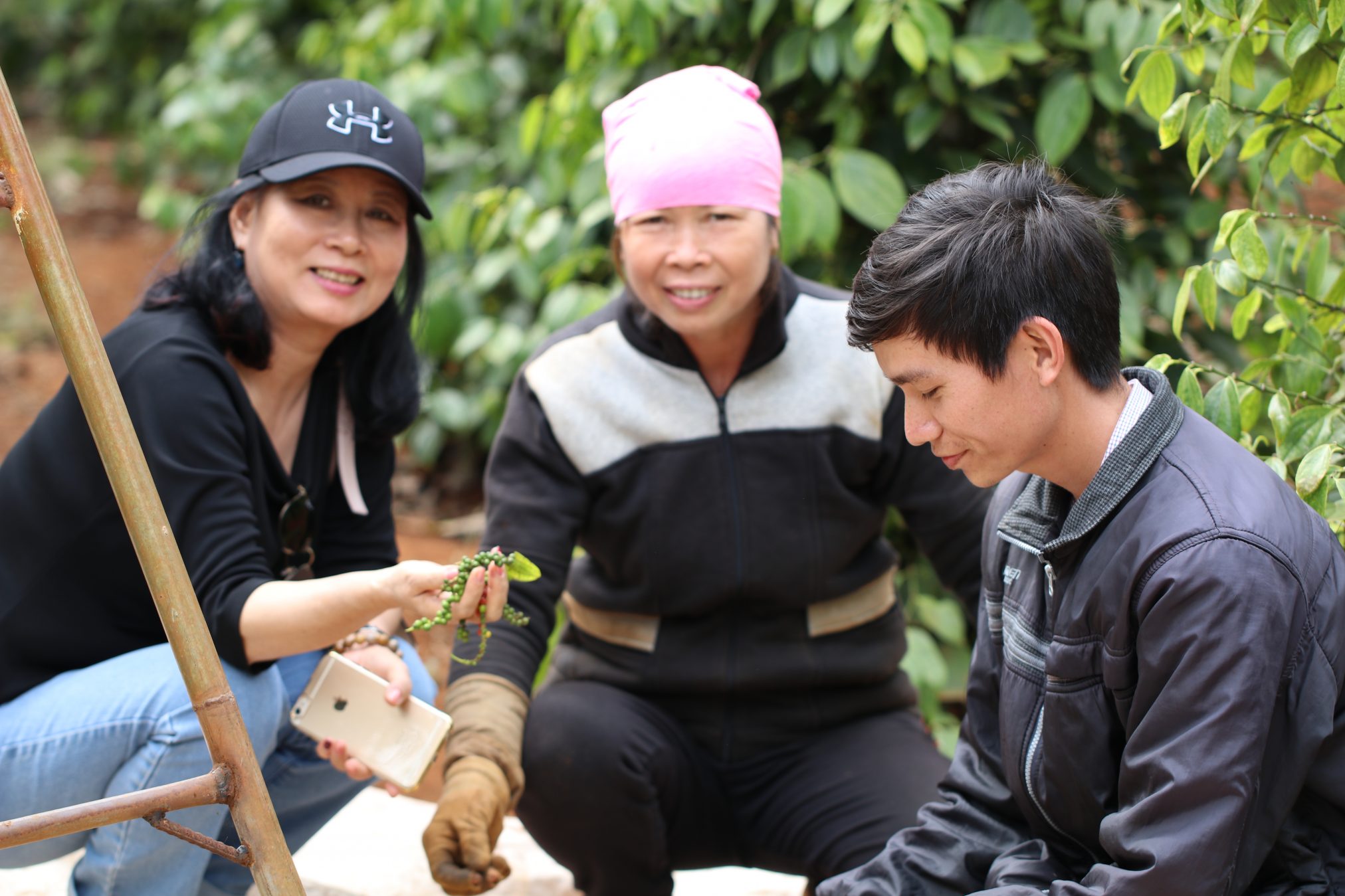 The Development of Sustainable Pepper Supply Chain in Quang Tien and Ea Tan districts project, which was commissioned by IDH and Euroma in 2012 and co-implemented by SNV and Simexcodl, a pepper exporting company in the Krong Nang district, has laid the ground for developing a sustainable sourcing pepper area.

Vietnam has over the past few years been a world pepper producer and exporter. This market position has brought good income and profit for farmers to re-invest into their pepper farm but also caused a poorly managed pepper production area (as people started to grow more pepper, even converting their coffee area) as well as improper use of pesticides. The Dak lak province was no exception and faced problems such as area expansion and price drops.

The Development of Sustainable Pepper Supply Chain project aimed to improving the socio-economic position of smallholders, reducing the environmental impact of pepper production and creating a sustainable supply to be compliant to Rainforest Alliance Standards and procured by the international market.

During the project implementation, 444 farmers joined the training program and this has since increased. Household groups were established, led by a farmer and technically guided by a site officer from the company. Not only farmers but also technical site officers have been provided with both in-house and field training on topics as how to treat diseases properly, how to clear up the pepper gardens after harvesting season, on the application of integrated pest management, how to use pesticides properly, how to dry pepper properly. In general, on best practices to ensure the pepper is qualified according to the Rainforest Alliance criteria.

During the 2018 pepper harvest season in Krong Nang, the site was first granted the Rainforest Alliance certification. Mr. Nguyen Tien Dung, the Director of Sustainable Project Department, is happy to see that the mono-pepper area has made significant improvements: “We’ve had to work hard to convince farmers to use fertilizers and pesticides properly when the pepper price peaked. First, we were ignored when we were trying to talk with them about pepper sustainable production practices. They didn’t want to pilot our best practices. But this changed when we arranged a series of village meetings in the late evenings to explain how they (the farmers) would benefit from a sustainable pepper supply chain.”

Mr. Vuong, a farmer who grows pepper on 1.5 hectare of land said: “We are happy to cooperate, and be included within the company’s monitoring system. We have our pepper volume coded, tested to check moisture, density and residue and if qualified, paid at a premium price. If not, it is further explained how to correct our practices to improve the quality.”

After the project completion, the company is continuing to have the area audited annually. Rainforest Alliance’s Sustainable Agriculture Standards (SAN) applied in the farms are supervised by a technical group. They guide farmers in using a logbook to keep track of their farm operations. Every week farmer households are regularly visited by the company technicians to solve emerging issues. 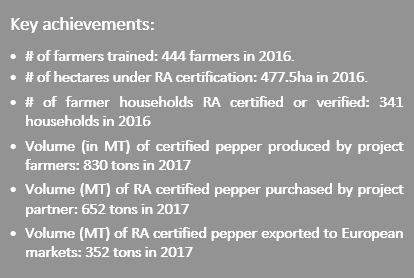 Other: Agrochemical Use Reports