Three landscapes in Africa have taken the same approach to formalize their commitments towards sustainable production and enhance ecosystem resilience and community well-being. In South-East Liberia and in Ethiopia’s Central Rift Valley, stakeholders have signed PPI (Production, Protection, Inclusion) Compacts to formalize their commitment to work together to develop nature and farmer positive landscapes.

In Côte d’Ivoire, a sustainable forest management project that takes the production, protection and inclusion approach in the landscape of the Taï National Park was launched last week in Guiglo. Through more inclusive management of forests and lakes in the three landscapes, and through supporting the smallholders who farm the surrounding areas with more sustainable production, the landscapes can ultimately generate a net positive impact on the wellbeing of farmers and nature.

In Southeast Liberia, stakeholders from across four Statutory Districts signed Production Protection and Inclusion (PPI) Compacts covering an estimated 378,587 hectares of land, 85% of the total area is classified as “dense forest” under their land use plans. Through the compacts, stakeholders will commit to taking collective actions to better manage and protect their forest and natural resources. The signatory parties include the local government, women and youth leaders, community forest management bodies, community land development and management committees, private sector, and NGOs.

IDH intervention in Liberia is based on incentivizing forests and biodiversity protection through IDH’s PPI approach. Land governance, improving livelihoods and private sector investment are the three working pillars for the PPI strategy.

The signing of PPI compacts in Southeast Liberia is extremely important because it paves the way for communities to play a central role in forest governance and management. It also paves the way to more economic opportunities and sustainable production for local small-scale farmers and exporters.

The Landscape in Liberia 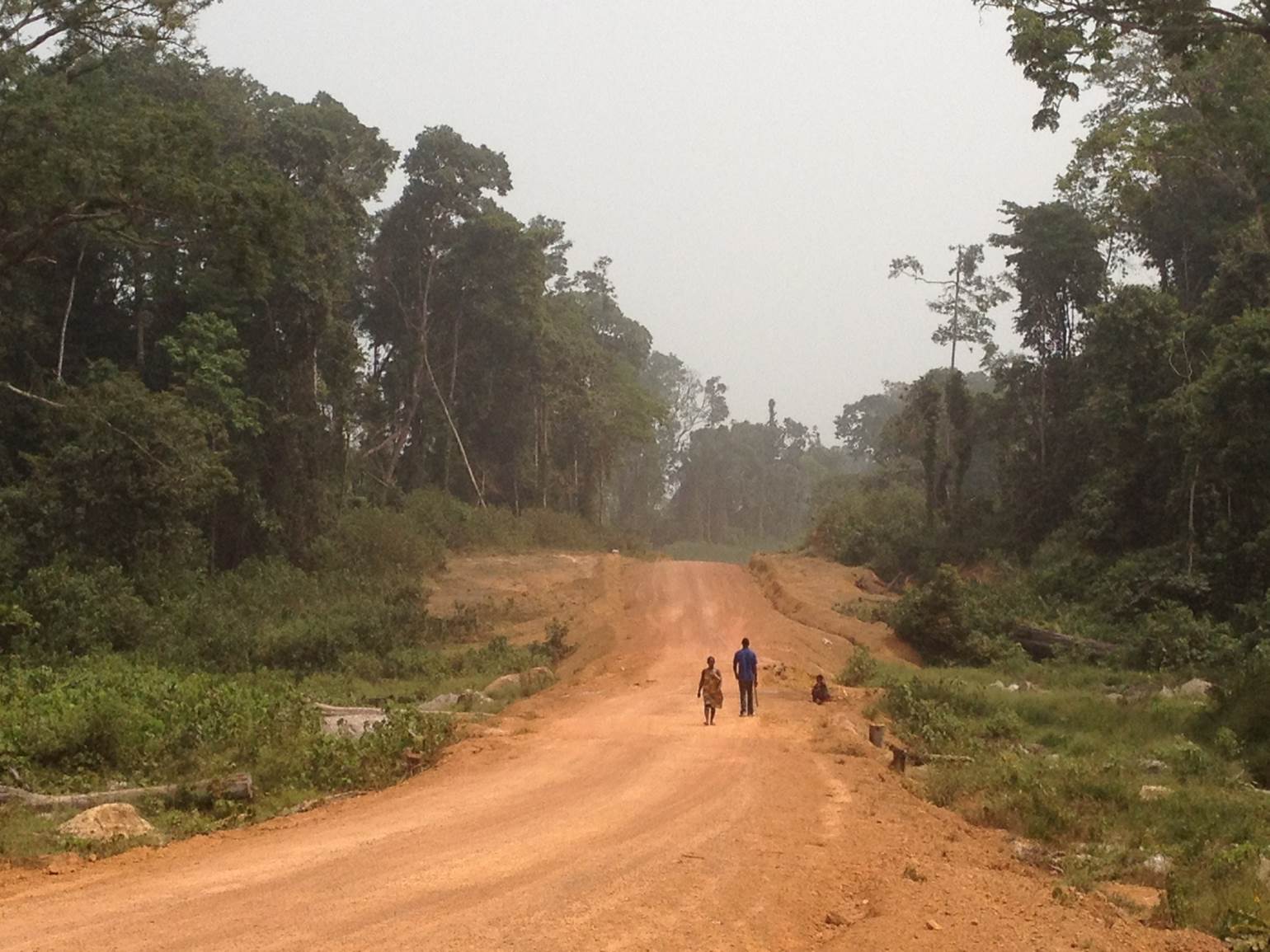 Liberia is home to the last remaining dense upper Guinean forest. The North West and  South East of Liberia are most rich in forest and biodiversity, and include the counties where IDH works, Lofa Bomi, and Sinoe. These landscapes include the Sapo National Park, the edge of the Gola Forest, and three large Proposed Protected Areas that have not yet been formally gazetted.

Some of the challenges along the way include economic instability, inadequate critical infrastructure, land degradation and climate change. Land use is a contentious topic in Liberia, as historically, the people who traditionally lived on the land were not formally recognized as the owners. In 2018, a new Land Rights Act was passed into law, whereby communities could become legal owners of their traditional homelands. To claim their land rights, communities are required formalize their land claims and develop a Land Use Plan that accounts for the interests of all members of society.

Improving water management in the valley of Lake Ziway

Another landscape where IDH is active is the Dembel-Shalla Sub-Basin (DSSB) in Ethiopia where a milestone was achieved this month: the MoU for the DSSB PPI Compact has been signed. This was the result of several bilateral meetings with more than 13 stakeholders including public, private, farmers representative (Coop Union) and CSOs.

Stakeholders commit to responsible investment and social inclusion beyond 2023

The sustainable landscape program initiated by IDH in 2015 in DSSB is now in transition to local ownership and leadership. Members of the platform confirmed their commitment to responsible investment, environmental responsibilities, and social inclusion in DSSB beyond 2023. It has been agreed that four key Oromia regional government authorities will now lead the platform (Oromia Industry and Investment Bureau, Oromia Environmental Protection Authority, Oromia Tourism Commission, and the mayor office of Batu town) will now lead the platform together with private sector, farmers’ cooperative unions and four CSOs. Furthermore, the members of the Rift Valley Lakes Basin Development Office will be active on the platform that collaborate to deliver on commitments they signed up for at individual institution and inter-institutional levels.

The Landscape in Ethiopia

The wetland ecosystem in the Central Rift Valley is the largest freshwater ecosystem of Ethiopia. It is a biodiversity hotspot for flora and fauna, containing a diversity of water plants and water birds, which breed primarily in the ecosystem. The islands in Lake Ziway are unique for their historical and cultural heritage. Lake Ziway is the only freshwater lake in the area, used for drinking water, small scale commercial fishing, and small- and large-scale agricultural irrigation. The Central Rift Valley is a sourcing area for floriculture, horticulture, and viticulture, as well as a major source of drinking water. The horticultural sector comprises a mix of smallholder growers and commercial fruit and vegetable producers. Large smallholder mixed-farming produces wheat, maize, barley and teff, with predominant livestock of cattle, sheep, and goat. Irrigation schemes are expanding and plans to develop aquaculture are in the making.

The Central Rift Valley area is one of the very few freshwater ecosystems in Ethiopia, but the water quantity and quality are declining due to over-abstraction, pollution, and land degradation. This will in time threaten agricultural production and (local) fisheries. Businesses dependent on the lake’s water supply have a clear business case to invest in sustainable water management. To boost economic growth in this region, issues of water pollution, unbalanced water use, and deforestation need to be mitigated.

The fast growing foreign and local investment in the Dembel-Shala landscape is facing complex sustainability issues that require exemplary shifts in thought and action. IDH strongly believes that the establishment of the PPI Compact drives a multisectoral and intersectoral collaboration fast tracking sustainable practices to enhance ecosystem resilience and community well-being. Moreover, IDH esteem the PPI Compact to serve as a vehicle to ensure the ownership and commitment of key government and private sector stakeholders of the existing and future sustainability initiatives.

In the case of Liberia, the high-level plan envisions the spatial development of the county in a sustainable and holistic way considering factors such as forests, agricultural spaces, and wildlife corridors. This should be a guideline for all future interventions or investments that influence the land use in the county.

In Ethiopia, IDH Landscape team has been convening, facilitating dialogues, and planning co-funding of worthwhile initiatives with key stakeholders. They brought together and built a public private coalition with key public and private sector actors including the flower companies, farmers’ unions, Central Rift Lakes Basin Authority and other government stakeholders and NGOs. With the signing of the PPI Compact, members of the platform confirmed their commitment to responsible investment, environmental responsibilities, and social inclusion in DSSB beyond 2023.