At a gathering about living wages in the banana sector, retailers made a first step towards alignment by agreeing on one common timeline for collecting and remotely checking wage data via the IDH Salary Matrix, hoping to streamline the process in the next year and lessening the burden on producers.

The aligned timeframe is expected to be implemented for the next data collection period from January 2023 onwards. It considers more realistic deadlines based on the experiences of suppliers and producers working on living wages with participating retailers in the past two years. 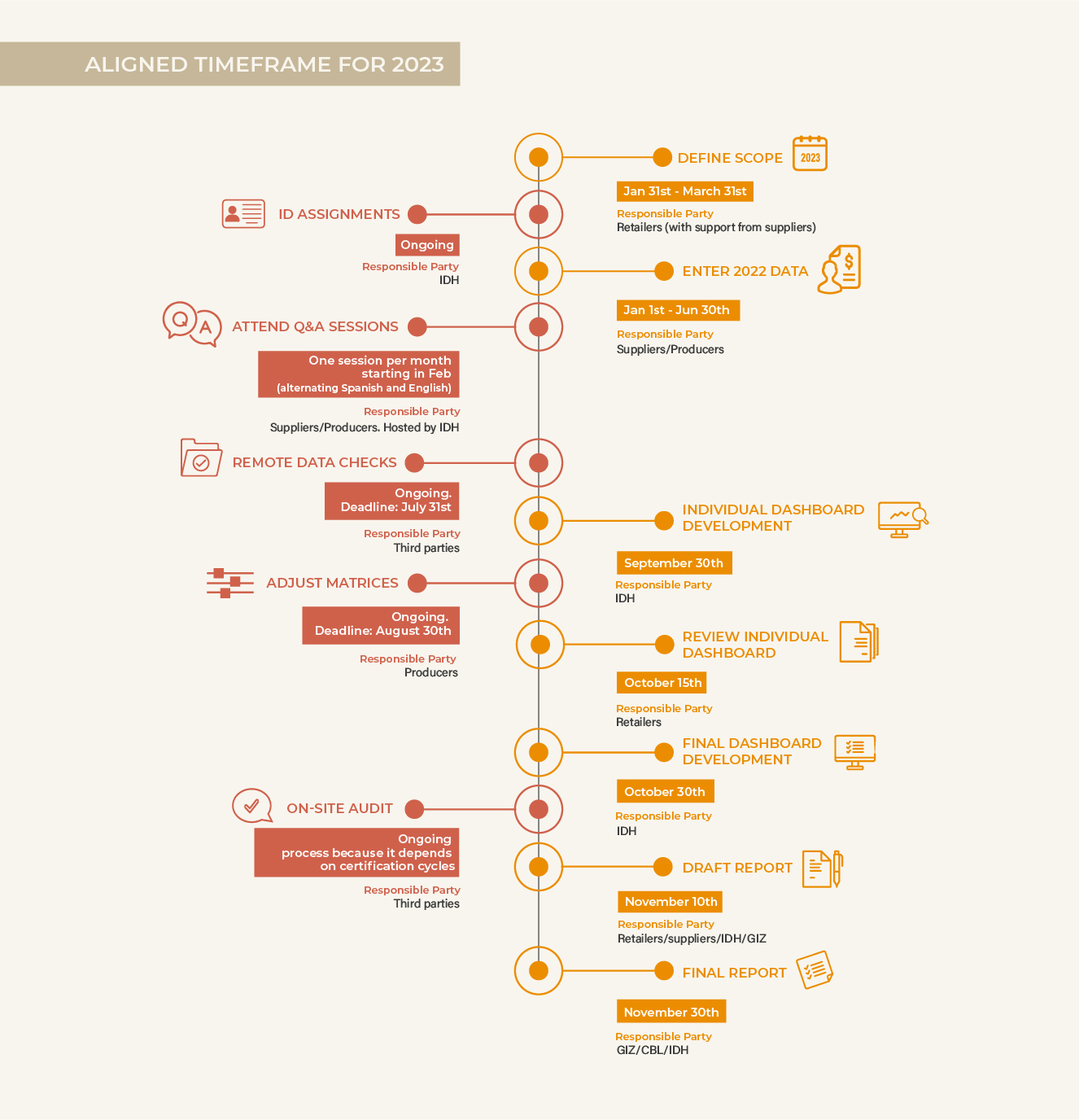 The event was opened by welcoming words from representatives of the Belgian, Dutch, and German government. While reiterating the importance of living wages, the representatives welcomed the exchange and encouraged further progress and alignment to ease the process for all stakeholders and lessen the burden for producers at the beginning of the supply chain.

Voluntary standard setting organizations Rainforest Alliance and Fairtrade International talked about another important step in the process: verification of living wage gaps. The organisations offered insights into how they can support retailers in this step by including the verification of wage data into their auditing processes. To further advance, retailers will need to support standard organizations by aligning on necessary criteria for verification. To streamline the processes, it was clear that further discussion and more work will be necessary, to settle all questions such as financing of verification services and the potential for mutual recognition of audits on farms that hold multiple certifications.

The penultimate session of the day focused on informing participants about available tools that can help them in their effort to progress towards closing living wage gaps in the banana supply chain such as the IDH Salary Matrix, the GIZ Living Wage Costing Tool and IDH’s upcoming tool to support action on living wages. In the final session of the day global organization ISEAL Alliance explored the topic of making claims on living wage action, explaining what makes claims credible and workshopping with the participants on which claims they would like to make based on their actions towards living wages. ISEAL, IDH and GIZ will continue working on this topic.

REINFORCEMENT OF ALIGNMENT AND FURTHER COLLABORATION

All participants reinforced the importance of continued alignment and unanimously agreed on proceeding with the exchange to advance their work. Future exchange shall also include other stakeholders of the supply chains such as suppliers and producers and beyond. Identified topics of interest and areas for collaboration include transparency of costs and gender-specific living wage gaps. The exchange will be continued bi-annually facilitated by IDH and GIZ.

For more information about the Dutch Banana Retail commitment: idhsustainabletrade.com/banana-retail-commitment/