Strengthening the Linkages of Pepper Production in Vietnam

Pepper has been present in 95 countries and territories around the world and it is currently one of the main seven export agricultural products in Vietnam. In 2016, Vietnam’s pepper area accounted for nearly 26% of the world’s pepper area, yielding approximately 42% of world pepper, thus making Vietnam a leading producer and exporter.

However, the pepper production in Vietnam has not been following sustainable practices. The rapidly increased production area has disrupted the planning, the pepper has been growing in inappropriate areas, intensive cultivation to increase productivity has been over-used, the technical solutions have been applied incompetently and organic fertilizer has been used at low volume while inorganic fertilizer has been unreasonably deployed. The Vietnam pepper Public Private Partnership (PPP) taskforce has identified the short-term key focus activities and has been developing a comprehensive long-term PPP strategy to address the sustainability of the pepper sector in Vietnam. This was discussed at the 2nd Pepper PPP taskforce meeting held in Dak Lak, which was aimed at updating the progress made during the first 6 months of 2018 and discussing and agreeing on the plan for the 2nd half of the year, which will focus on approaches to improve the linkages of pepper production in Vietnam. 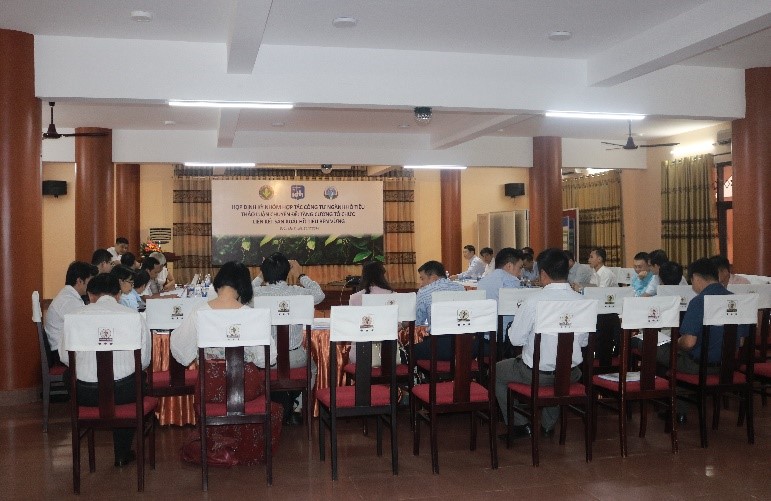 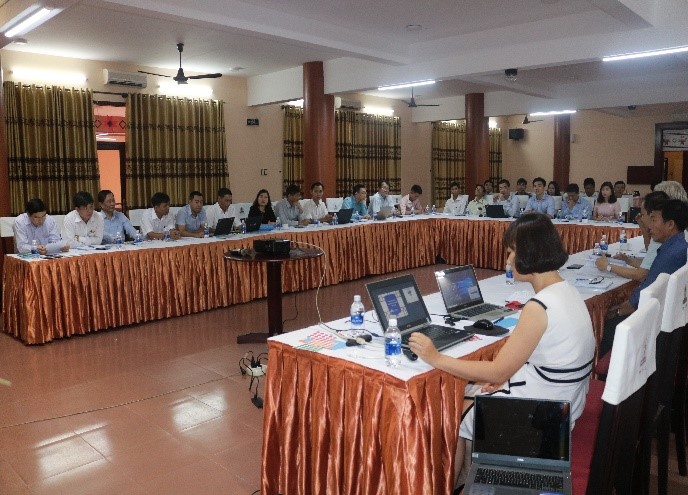 On a national level, the initiative of setting up the Vietnam Pepper Coordinating Board (VPCB) has been highly appreciated, supported, and is expected to be officially formed by the end of 2018, and chaired by the Ministry of Agriculture and Rural Development (MARD) and its active members, that range from farmers and researchers, to domestic and international enterprises. Moreover, conducting two training tests in Dak Lak and Gia Lai in July, revealed that 100% of the participants were impressed and in favor of developing and piloting an app for pesticide information. The app would be designed to work on both Android and IOS, would present regulations of MARD and DPP on pesticides, tables of usable and non-usable agrochemicals and integrated pesticide management. The design of the app will be constructed based on the discussions between IDH, DPP and consultants, as well as the results of a survey conducted amongst the farmers. The app is planned to be piloted in one province in Central Highlands by October 2018 and ready for to be scaled up by November 2018. On a provincial level, a series of side meetings have been held with the key pepper companies, to brainstorm specific interventions for strengthening linkages of pepper production. Initiatives will then be developed as concept notes and shared with the key parties involved for comments and finalization. 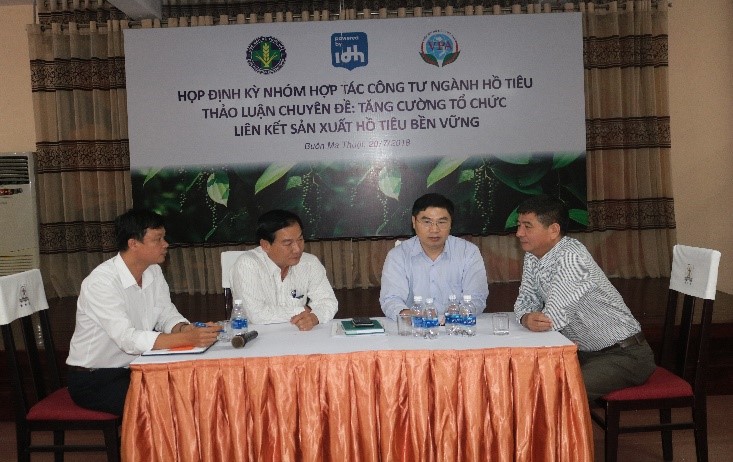 Side meetings with private companies

Regarding the plan for the next 6 months, all attendees agreed that the on-going activities on a national and local levels should be completed. IDH will continue its role as the coordinator and co-funder, DPP will command the internal units in finalizing the app and implementing sourcing areas, VPA will encourage companies’ members to join the pepper value chain, and pepper enterprises will consider re-organizing their production areas and working with others on making interventions more effective and scalable.

Other: Agrochemical Use Reports