Coffee farmers in Vietnam, the second biggest producer of coffee in the world, can reduce their carbon footprint by growing other plant species alongside coffee, according to new data from the Initiative for Sustainable Landscapes (ISLA) program by IDH, compiled by Agri-Logic and based on the work by coffee traders JDE Coffee, Lavazza, Olam and Acom.

This method, together with improved fertilizer and water use, could significantly reduce the impact of coffee production on climate change. By diversifying, farmers can also broaden their range of income sources available to them, increasing their climate resilience.

The research, titled Source or sink? The carbon footprint of Vietnam robusta coffee, comes amidst reports that low water levels and droughts in Vietnam could considerably hurt this year’s coffee output.[1]

“Climate change is a threat that requires urgently rethinking the farming systems in which coffee is produced. This data shows that diversifying coffee farms is key to making coffee farmers and communities more climate-resilient, and our coffee more sustainable. Together with more efficient fertilizer and water use, diversification must be at the forefront of efforts to make coffee production carbon positive.”

Coffee production has a huge economic benefit for the Central Highlands region of Vietnam, where 95% of its coffee is produced. At the same time, it is a source of carbon emissions through significant use of fertilizer, water and energy.

Monocrop coffee farms are net sources of carbon, releasing 0.37 metric tons of CO2 from the atmosphere per year per metric ton of coffee produced.

Conversely, diversified coffee farms are carbon sinks, removing 0.16 metric tons of CO2 from the atmosphere per year per metric ton of coffee produced. They create significantly more biomass, which in turn sequesters more CO2 than is generated through production.

Of the small number of monocrop farms that remove CO2, this was attributed to more efficient use of fertilizer – the leading driver of carbon emissions in coffee farming.

The research spanned two years and analysed the carbon footprint of robusta coffee production on 300 farms in the Central Highlands provinces of Lam Dong and Dak Lak.

Through the Initiative Sustainable Landscapes (ISLA) in Vietnam, IDH works with local and national governments, private companies and smallholder farmers to support coffee producers in the Central Highlands in reducing their carbon footprint, maximize water and fertilizer use and to adapt to climate change. 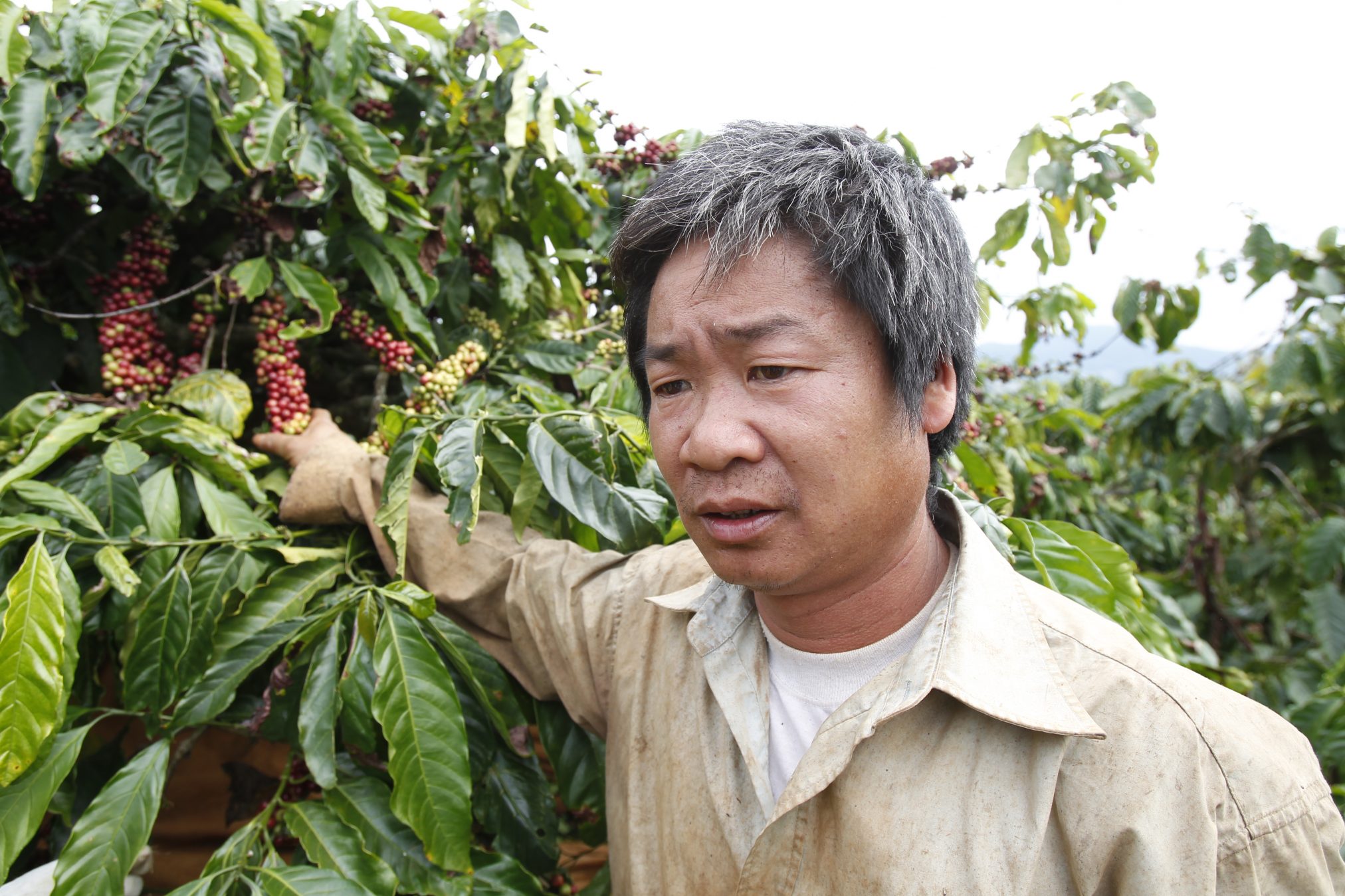 IDH recommends farmers to use a diversification model with a non-coffee plant canopy density of at least 30%. This will maintain the annual production of coffee at 3 tons per hectare. Pepper, durian and avocado plants were found to be the most suitable for intercropping at this density.

“The report has shown positive environmental impacts of the coffee intercropping systems with a number of suitable crops. Stemming from the spontaneous practices of farmers to find different sources of income outside coffee, these systems have been synthesized by IDH and private partners to make them more practical and scalable in order to respond to climate change and improve farmers’ income.”

“Diversification is a growing concept in Vietnam. As more farmers adopt this and other agroforestry methods, the number of farms that serve as carbon sinks will grow, becoming crucial drivers of both climate mitigation and resilience.”