For International Day for Biological Diversity we spoke with Dr. Emmanuelle Normand, Manager of Côte d’Ivoire team at the Wild Chimpanzee Foundation (WCF) on the critical work that has been done in Cavally Forest, Côte d’Ivoire, with the support of SODEFOR, Barry Callebaut and IDH.

Cavally Forest is the last standing classified forest in Côte d’Ivoire and makes up part of the largest remaining forest block in west Africa. It acts as an intrinsic link to all the forests in the surrounding area, and offers habitat to diverse wildlife such as leopards, pygmy hippopotamus, and chimpanzees. 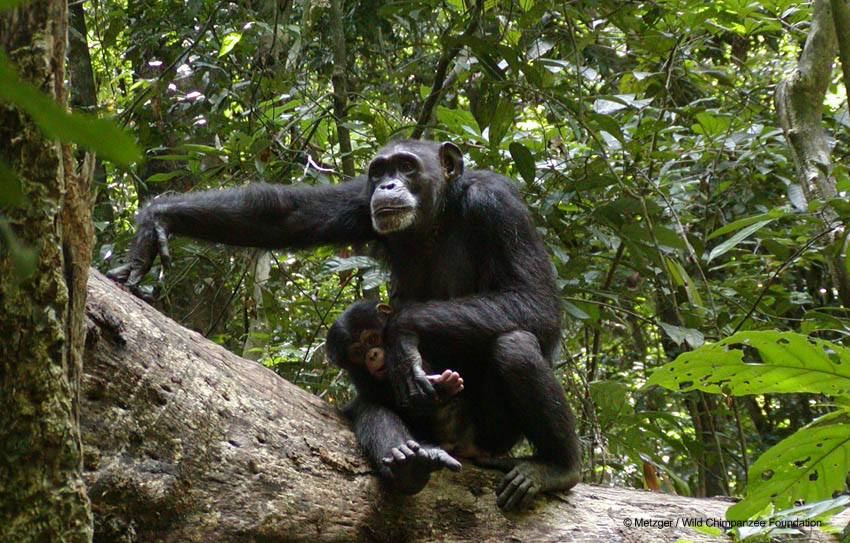 We strive to protect this area from further deforestation and enable long-term conservation of the animals that live there. Unfortunately, this forest has already suffered great losses. Its neighbour, Goin Débé classified forest, has been lost by a staggering 90%, with Cavally falling closely behind at a 50% loss. Much of this loss can be tied to illegal cocoa farming, lack of awareness at civil society level, and “corruption and bribery within law enforcement” Dr. Normand states. In addition, due to the current corona crisis, forest patrollers must now guard the area in smaller groups which has decreased their effectiveness.

To confront these huge obstacles, WCF and SODEFOR, supported by Barry Callebaut and IDH, have implemented successful monitoring missions in the forest. This helped to protect 6,280 hectares of primary forest and restore 3,800 hectares of forest by removing illegal cocoa and allowing natural forest vegetation. Dr. Normand emphasised the important role that independent monitoring has played in particular:

“Something new that we developed through the IDH project was external independent monitoring. Independent monitoring meant that members of civil society observed whether the law was being respected or not in or around the forest. It’s thanks to this that law enforcement had a greater impact in the area.”

A further initiative that proved highly fruitful was an awareness theatre campaign led by WCF. This educative campaign informed on the misinformation and illegal activities in the Cavally forest and highlighted the rights of civil society. 8600 people were able to see this campaign and, as a result, many left the Cavally forest, allowing for natural vegetation regrowth. Dr. Normand said that creating awareness at civil society level is essential as it puts pressure on other actors, such as the private sector and government, to uphold laws and regulations on deforestation. The signing of the Cocoa & Forests Initiative in 2017 meant a commitment from cocoa companies and government signatories in Côte d’Ivoire and Ghana to restore forests and end deforestation, demonstrating increased action and awareness. SODEFOR has also taken an active role in controlling STBC, a logging company that has a timber license to operate in the Cavally forest. Thus, signifying a huge step forward in controlled logging of the area.

As such, three measures: independent monitoring, awareness activities and law reinforcement are demonstrated to be the necessary actions to combat further deforestation of Cavally. However, there is still a long way to go. Dr. Normand states that “in a year we can lose 20% of Cavally forest, and I am just talking about Cavally. We are losing so much forest every year.” Normand stresses that independent monitoring is still not recognized as the ‘norm’ which is often preventative to its success. To truly protect this area, there also must be more support at government and international level:

“To maintain biodiversity and to protect the forest we need the participation of everybody. From government, private sector, and civil society. We need actions, law enforcement, transparency, and improved governance. And we need the cocoa consumers to be more responsible when buying their chocolate. I think that will help to improve the situation a great deal.”  – Dr. Emmanuelle Normand