Five major retailers in Belgium have joined forces to commit to a living wage for banana workers throughout their international supply chains. The coalition of retailers aims to close the living wage gap by the end of 2027 for their collective banana volumes sold on the Belgian market.

7 December 2022, Brussels, Belgium – The commitment to ensure a living wage for banana workers was signed with the support of IDH at the Living Wage Summit today by retailers Colruyt Group, Delhaize, Aldi, Lidl Belgium and Luxemburg and Jumbo. This represents a major step for the Belgian market and adds to the efforts of similar commitments from German and Dutch retailers.

The banana – bestseller in the fruit section

Bananas are one of the most commonly sold fruit in supermarkets all over the world. The tropical fruit has a great share in the Belgian household spending, with each Belgian consuming about 7.8 kg of bananas per year in 2021. These bananas are mainly being produced in countries such as Costa Rica, Ecuador, and Colombia. In top-exporting countries where estimates of prevailing wages are available, banana plantation workers tend not to earn the wages needed to meet their basic needs.

Why action is needed now

The planet now has over 8 billion people. With population growth concentrated among the world’s poorest countries, eradicating poverty, combatting hunger and malnutrition, and increasing the coverage of health and education systems is ever so important. Living wages are a key element to lift people out of poverty. This coalition’s commitment is therefore a milestone, showing that major market competitors are willing to work together on pre-competitive solutions that contribute to the realization of different sustainable development goals like ‘No Poverty’ (1), Zero Hunger (2), Good Health and Wellbeing (3), Quality Education (4), Gender Equality (5), Clean Water and Sanitation (6), Decent Work and Economic Growth (8), and Reduced Inequalities (10). 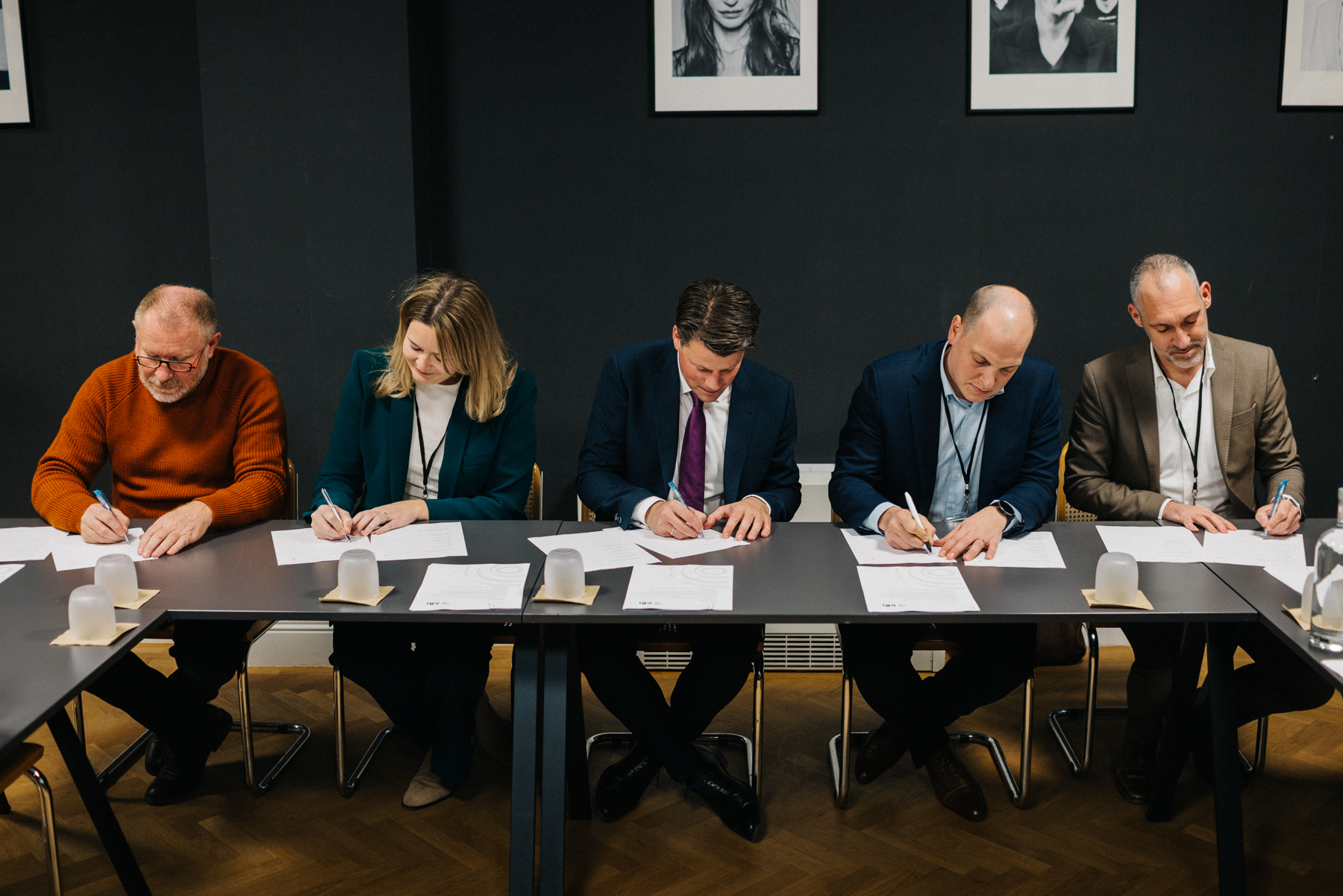 Realizing living wages is complex and requires the involvement of several actors active in a certain supply chain and sector. Therefore, working together on a topic like living wages makes sense. The Belgian retailers will use the coalition to set joint objectives, exchange knowledge and learnings, align on approaches and timings, monitor progress, and initiate joint action on the ground, where possible.

According to the supermarkets involved, working together towards closing the living wage gap on banana plantations and farms significantly increases potential impact for workers on the ground.

When it comes to food system transformation, a collaborative approach is more efficient as the impact of individual parties can be limited, especially when buyers have a small market share and suppliers sell their harvest to multiple buyers

To maximize the Impact of their actions, the Belgian retailers will also work closely with other existing living wage coalitions such as the Dutch Retail Commitment on Living Wages and the German Retailers Working Group on Living Wages and Living Income . These commitments have been signed in 2019 and 2020 respectively, have also set joint objectives and work according to the same principles of the IDH Roadmap on Living Wages. This way ensuring a coherent and aligned approach and Implementation within the sector.

How to work towards the realization of this commitment

To implement the changes needed to live up to their commitment, the retailers have agreed to work according to the he IDH Roadmap on Living Wages and make use of the corresponding tools. They will calculate the living wage gap in their supply chains on a yearly basis using the IDH Salary Matrix. Next to analyzing and adapt where possible their individual company processes and procurement practices, the coalition members will work in partnership with other retail initiatives, suppliers, producers, and stakeholders like NGO’s, certifiers, and trade unions to achieve their goals. The retailers will report on a yearly basis on the progress of this commitment.

IDH puts people, planet, and progress at the heart of trade by leveraging the power of markets to create better jobs, better incomes, a better environment, and gender equity for all. Headquartered in the Netherlands, IDH has around 400 employees globally, operating in 20 landscapes and 12 commodities and sourcing regions with over 1000 public and private partners.