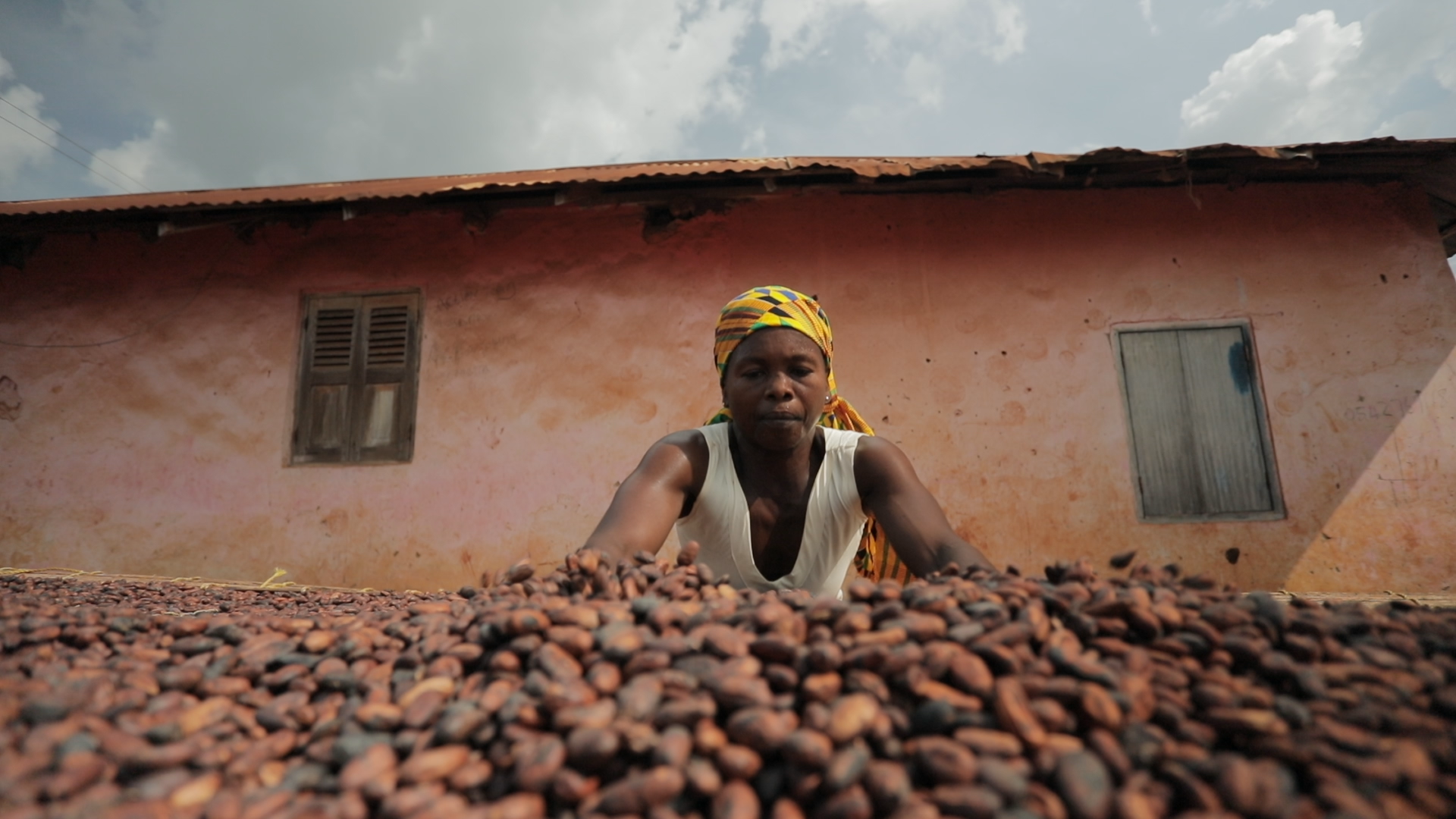 On the 28th of May 2020, the second Beyond Chocolate General Assembly took place. Due to the COVID-19 crisis, partners were not allowed to meet in person. However, also in its virtual form the General Assembly turned out to be an informative and motivating encounter between all partners involved. On the agenda? A presentation of the first annual report, a discussion panel on living income by our project partners, the introduction of a new signatory and a speech by the Belgian Deputy Minister and Minister of Finance and Development Cooperation Alexander de Croo.

The second General Assembly of Beyond Chocolate kicked off with an opening address by Philippe de Selliers, CEO of Leonidas and new chairman of Beyond Chocolate. After thanking predecessor Patrick Haupthenne, Philippe stressed the importance of the partnership. After all, we should not only focus on profits, but also on the improvement of the living standards of all people involved in our sector. The reputation of Belgian chocolate can only remain this high if we increase its sustainability. For this, he stated, long-term thinking is of great importance. Next, Philippe welcomed the colleagues from the other European cocoa platforms, GISCO and SWISSCO, and underlined that to have an impact, joining forces and working together is crucial.

Presentation of the 2019 Annual Report

Senior Program Manager Els Haelterman and Program Officer Marloes Humbeeck, together the Beyond Chocolate program management team, introduced the 2019 Beyond Chocolate Annual Report. Marloes presented the governance structure of the Partnership, thanking her IDH colleagues Jordy Van Honk, Jonas Mva Mva, Violaine Berger and Gael Lescornec for their support. She then presented the 2019 activities of the Beyond Chocolate Steering Committee and working groups, also thanking all members for their input. In 2019-2020, the governance structure of Beyond Chocolate has gone through some changes. As such, the 3 working groups (on living income, youth and decent work, and ending deforestation) were reformed to advisory groups that will feed into the learning events. Moreover, a new AME working group was created to follow up on the development of the Accountability, Monitoring and Evaluation (AME) Framework . Marloes then presented the evolution of the AME Framework, showing that it is the result of close consultation with all partners. She thanked consultant C-Lever.org who designed the framework together with IDH.

Next, Els Haelterman took over, stating that she is happy to see the awareness on living income is increasing and that external partners are looking extensively to Beyond Chocolate for this. Els then presented the 2019 reporting by partners. Els thanked the reporting partners for their efforts and underlined the importance of this reporting exercise which has been a valuable learning experience. For the partnership’s next goal (2025), we are now at 50% Belgian couverture chocolate that is certified or covered by a sustainability scheme. For the 2030 goals of achieving a living income and ending deforestation, there are still quite a few gaps in the reporting. However, based on this first exercise we can continue to work on our AME Framework to increase the accountability and impact of our partnership.

The 2019 Beyond Chocolate Annual Report can be downloaded on this page.

Lastly, Els presented the planning for the rest of the year, including learning events, advisory and working groups, contracting and implementation,… The next time all partners meet again (hopefully in person) will be during the Beyond Chocolate two-year event on December 10th in the Chocolate Nation museum in Antwerp.

After a (virtual) chocolate break, Els proudly introduced the approved projects of Beyond Chocolate, five in Côte d’Ivoire and two in Ghana. All the projects have a holistic approach to living income, deforestation and child labour. Together these partners cover a big chunk of the value chain. Els then announced that, since not all of the budget will be spent on these projects, a second call will be launched in June.

A very insightful part of this General Assembly was the discussion panel on Living Income by three project partners. Jordy Van Honk, IDH global director of agricultural commodities, kicked off this panel by thanking all partners involved for making the ambitious Beyond Chocolate program happen. He continued by introducing the panelists: Karen Janssens from Colruyt, Taco Terheijden from Cargill and Vicente Balseca Hernandez from Galler. Each of them respectively introduced their own project, elaborating on their vision on living income and deforestation. They all agreed that the sharing of knowledge is of key importance for the success of the projects and that the signatories should always keep each other accountable.This introduction was followed by an engaging Q&A. 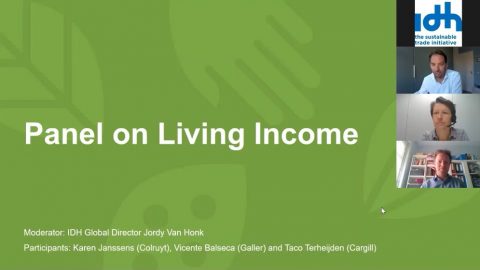 Following the discussion panel, Els emphasized the importance of the signatories and took the opportunity to thank them. Next, she welcomed Olam international as new signatory. Andrew Brooks, head of cocoa sustainability at OLAM, shortly introduced himself and the company. He stated that Olam is very pleased to join Beyond Chocolate, whose ambitions for the Belgian, European and even Global Cocoa & Chocolate Industry, they share and champion. He then continued: “Our Vision, which features in our Cocoa Compass, is for an Environmentally positive, professionally and quality focused cocoa supply chain, comprised of farmers who are earning a living income, and whose children have access to education. We look forward to working in multi stakeholder partnerships, with many of the members, across all the producing countries to make our mutual ambitions a reality.”

Next on the agenda was a speech by Minister De Croo, in which he stressed that he is very proud of the Beyond Chocolate partnership because it makes the cooperation of different partners in development concrete. Furthermore, he hopes the corona crisis will be a tipping point for sustainability. Besides that, De Croo talked about the importance of the business partnership facility of 2.5 million euros and proudly stated that others are looking for initiatives that are comparable to Beyond Chocolate. Before welcoming the new chairman, he closed his speech by thanking former chairman Patrick Haupthenne for his meaningful contribution to the partnership.

The Assembly ended with a closing remark by chairman Phillipe de Selliers. After thanking Els and Marloes for their dedication, he stressed that a lot of work remains to be done, but we are heading in the right direction. He ended by expressing his trust in the partnership and all of its signatories.