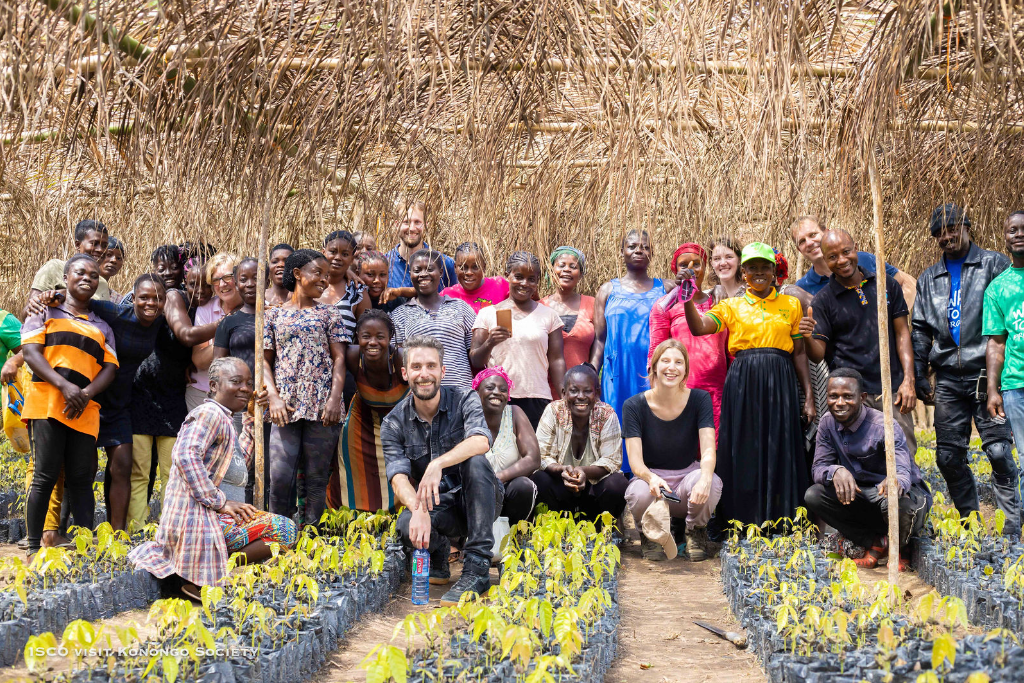 During the mission, the ISCO secretariats had a meeting with both the management team of the Ghana Cocoa Board (COCOBOD) as well as the Côte d’Ivoire – Ghana Cocoa Initiative (CIGCI) which was set up last year to achieve remunerative prices and improve the livelihoods of cocoa farmers. In both meetings, the unfavorable development of low cocoa prices took center stage. While Ghana and Côte d’Ivoire introduced in 2019 a Living Income Differential (LID) to increase cocoa prices, this system did not generate the desired impact. The Ghanaian and Ivorian trade boards and the CIGCI claim that many large companies have negated the LID’s value by forcing down a different premium, the origin differential.

The ISCO secretariats agree that low prices pose a serious threat to the initiatives’ living income objectives. The ISCO secretariats, therefore, welcome the establishment of the CIGCI and will seek to support the recently announced Economic Pact. As market-based initiatives, the ISCOs aim to focus more on addressing the procurement and business practices, as well as increased transparency of their members to ensure these can support the joint sustainability ambitions.

The ISCOs aim to avoid duplication of efforts and build on existing initiatives in the cocoa sector. In that light, the ISCO secretariats then met with the coordinators from the Ministry of Lands and Natural Resources, facilitators (IDH & WCF) and technical working group leads of the Cocoa & Forests Initiative (CFI). The conclusion of the meeting was that CFI and the ISCOs should stay in close contact, communicating transparently with each other and building on each other in order to increase impact and avoid double work. Financing was put forward as a concrete way in which the ISCOs could support the CFI. Furthermore, both parties saw opportunities in the harmonization of monitoring frameworks. The representatives from both CFI and the ISCOs acknowledged that they want in the future to further define the areas of complementarity between origin and market initiatives.

The ISCOs will continue to exchange with producing country initiatives, seeking complementarity and creating efficiencies

The ISCOs also had a meeting with the Ghana Civil Society Cocoa Platform with the objective to learn more about each other and to identify possibilities for a stronger collaboration. Through advocacy, this platform is influencing policies and programmes to put the well-being of cocoa farmers and their families central. Recommendations to the ISCOs were to create opportunities for farmer voices to be heard in events and working groups and to work on more transparency in the sector. Lastly, the ISCOs set up a Child Labour Meeting to provide an opportunity for an open and frank exchange between the private and public sector on the alignment of activities, interoperability of monitoring and reporting mechanisms and possibilities to set up catalyst funding.

During a two-day field trip, the ISCO secretariats visited innovative field projects and had the opportunity to exchange with the cocoa farmers involved.

The ISCO secretariats first visited the Way to Go! project of Lidl, Rikolto, Fairtrade Africa and Kuapa Kokoo in Konongo. Through the payment of premiums, the set-up of Village Savings and Loans Associations (VSLAs), productivity improvements, and diversification activities, this project has brought significant improvements to the livelihoods of the cocoa farmers involved. Way to Go! chocolates are now being sold in thousands of shops across different markets. What started as a small project in Belgium about three years ago, supporting 40 farmers, has now grown to generate concrete benefits for 2000+ farming households.

The visit of the premises and chocolate factory of Fairafric close to Suhum gave insights into the manufacturing of organic chocolate. Fairafric’s mission is to ‘decolonize chocolate’ by shifting the entire organic chocolate value chain to cocoa origin countries. At this point 87 people have a job at the Fairafric factory and 2000 organic cocoa farmers are involved. The company hopes to expand, increasing their impact on cocoa farmers and creating further job employment in the Suhum region. Both the Way to Go! and Fairafric teams stressed the importance of the ISCOs’ work on transforming markets and creating a demand for sustainable cocoa for projects like these to succeed.

During their visit of the Cocoa Research Institute Ghana (CRIG), the ISCOs visited the institution’s Dynamic Agroforestry (DAF) plots inspired by the Sankofa agroforestry project supported by the Swiss Platform for Sustainable Cocoa. Apart from having a positive effect on the environment and biodiversity, the implementation of DAF has huge potential to increase the income of farmers and to improve their resilience to market and production risks. The key question is how to implement these systems in a context of extreme poverty and without capacity for making investments.

In almost all exchanges had during the mission, transparency from the side of both companies and government was mentioned as a point for improvement. As such, the ISCOs and CIGCI agreed that more transparency will help public and private stakeholders better understand the current cocoa pricing challenges and work towards a solution. Furthermore, in the field of traceability, there is a need for more transparency on existing private and public traceability systems to avoid duplication of efforts and investments.

As part of their effort to increase transparency along the value chain and to promote knowledge exchange between producing and consuming countries, the ISCO are supporting the set-up of a joint household study through the Alliance on Living Income in Cocoa (ALICO). The Cocoa Research Institute Ghana will contribute to this study. At the request of COCOBOD, the ISCOs will ensure the methodology developed and data collection respond to the local context.