Malawi Tea 2020 was developed as a joint effort to revitalize the Malawian tea industry and improve the lives of its workers and farmers.

It was one of the first country-level initiatives aimed at securing a living wage.

In a true collaborative effort with stakeholders from across the entire tea supply chain, the 36 partners signed an MOU commitment, developed a roadmap for Malawi Tea 2020, and agreed on a five-year timeline to close the living wage gap.

The Roadmap was developed and agreed among local stakeholders, and actions were spread across five pillars. The partnership established a Steering Committee, chaired by IDH as a neutral party, and designated pillar leads who would report, reflect and agree on actions within and across the different pillars. On an annual basis, an independent Wage Committee, led by Richard and Martha Anker, provided a report on living wage progress made and a reflection on the macro economic developments in the country and in the sector, including inflation rates, income taxation, exchange rate and tea price developments.

The Roadmap included actions for revitalizing the Malawi tea sector to ensure a higher quality product that would attract a higher price in the market. It also included support for the social dialogue process, which was not formalized at the start of the program. Furthermore, actions were taken to improve the in-kind benefits for tea workers, including improvement of midday meals, better HR and gender policies, and improvements in quality of housing. In addition, a sustainable procurement model was developed and several global tea buyers adopted the model to inform their procurement decision making. 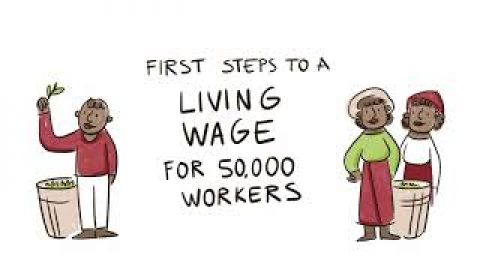 Many lessons have emerged from the program, including the challenge of global market economics where too much focus on a single origin can distort its competitive advantage. Strong supply chain commitment to suppliers is essential when or if market demand shifts due to higher wage commitments.

Another important insight is to carefully evaluate how value generated in a living wage program actually improves the lives of workers. In the Malawi example, higher cash wages led to workers having to pay more income taxes. When this came to light, the stakeholders influenced Malawi government to take action. The government raised the threshold, which increased workers’ take home pay.

To explore how you can take action with your supply chain partners to close living wage gaps, please check the Living Wage Action Guide. In this free, online resource you can find more case studies, inspiring examples and practical tips.

Read next:
The importance of social dialogue: Race to the Top